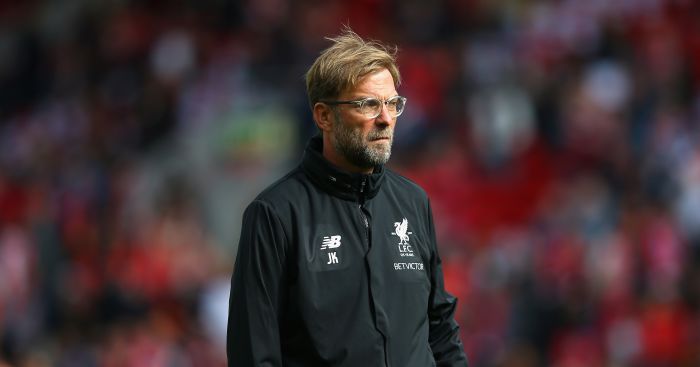 Jurgen Klopp could be without Dejan Lovren, Joel Matip and Emre Can for Liverpool’s clash with Leicester City in the Premier League on Saturday.

Lovren has picked up a back problem and is not in training, while Matip and Can took knocks in the Reds’ 1-1 draw with Burnley last Saturday.

“It’s nothing major but it was enough to keep him out two games,” Klopp told a press conference on Thursday. “He is not in training so far, so that means he’s a doubt for the weekend. That’s not too cool.

“He’s not in training and is a doubt for the weekend.

“Matip and Can also have bits from the last game.”

Klopp is unsure whether he will be without all three players or none at all, but he discussed how he might deal with a lack of defenders.

“Ragnar (Klavan) played the third game in a row,” Klopp added. “Joe [Gomez] played the centre-half position. We have to see what we can do. But until it is clarified we have to wait. We will see – there are still two days to go.

“That’s how it is, players get can ill overnight and you have to make another plan.”