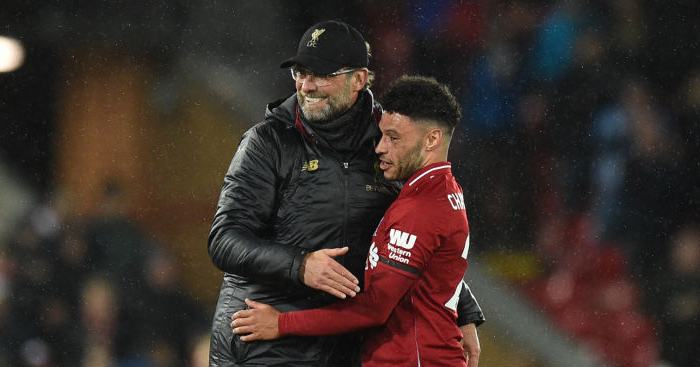 Liverpool boss Jurgen Klopp admitted that Alex Oxlade-Chamberlain needs consistency and rhythm to force his way into the regular starting lineup in the Premier League.

The English midfielder scored another stunning goal against Arsenal in the Carabao Cup but had found his playing time limited mainly to cup competitions this season.

Oxlade-Chamberlain was out for over a year with a horrific knee injury and Klopp admits he is yet to find his best form since returning to the team.

Klopp said: “He has scored, nice, both at Genk, a real stunner on Weds, a lot of outstanding moments, but other moments he is not involved.

“We always have to try to reach perfection. He still needs rhythm but that is no problem. He is a long-term project.”

After the game against Arsenal, the England international admitted he has to improve, and Klopp sees that as a positive.

Klopp added: “It is good a player thinks he is not at his best. He could think he is because he scored some goals. Quite some space for improvement. That is good.”