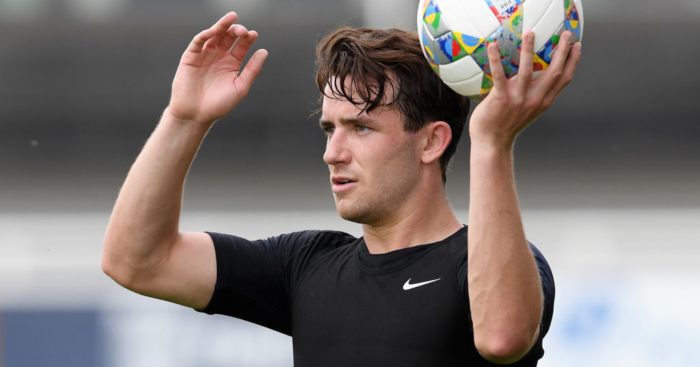 Jurgen Klopp says he didn’t pursue a move for Ben Chilwell as Leicester City refused to let the defender leave the club.

The 22-year-old is now a vital player for both Brendan Rodgers at Leicester and Gareth Southgate with England.

Chilwell was the subject of interest from Klopp’s Liverpool in the summer of 2016 before the then 19-year-old signed a new five-year deal with Leicester, while Brendan Rodgers admitted to trying to sign the left-back during his tenure at Anfield.

On his interest in Chilwell, Klopp – who is preparing his side to face the Foxes on Saturday – told reporters: “Ricardo was a winger first. Chilwell, he was on loan at Huddersfield and Dave Wagner was in my ear pretty much every day, but Leicester didn’t want to let him go.”

Another player Klopp is a big fan of is Chilwell’s Leicester team-mate Jamie Vardy and the German is wary of the threat the England international poses.

Klopp added: “He’s always on your shoulder. He’s good. It’s not his only skill but he wants those situations and gets them. You have to make sure these situations don’t happen that often. But they are much more flexible – it’s not like their first ball is always one in behind.

“It feels like if someone put in a ball behind me, Vardy would be there!”