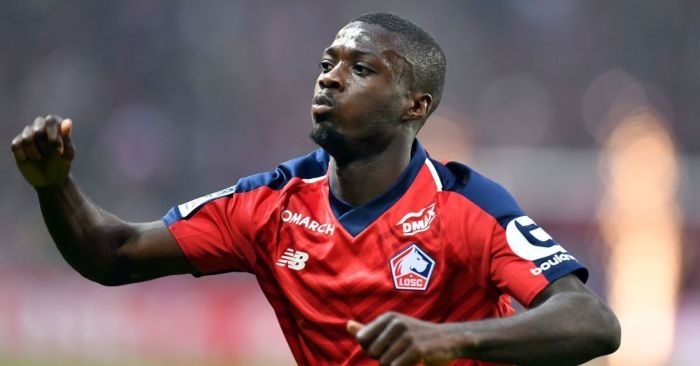 Jurgen Klopp is not ‘on the same page as his recruiting teams’ at Liverpool over Nicolas Pepe.

There have been conflicting reports with regards to Liverpool’s pursuit of Pepe in recent weeks, with one outlet saying a deal was ‘fast approaching’, and another suggesting the Reds were ‘not in the race’ whatsoever.

Even Steve Nicol has weighed in, advising Liverpool not to move for the ‘gangly’ forward.

But Le10Sport claim that Klopp is besotted with the player, and will continue in his attempts to sign him despite the risk of alienating his scouting team and one star player.

The French outlet’s exclusive says Klopp would risk his ‘increasingly complicated’ relationship with striker Mo Salah, with the manager ‘not against the sale of the Egyptian’ if it facilitates the signing of Pepe.

Klopp ‘loves’ the 24-year-old, but ‘it would disrupt even the good atmosphere that prevails internally’ after their Champions League win.

Bayern Munich have also been linked with Pepe, who Lille want around €80m (£71.2m) for.