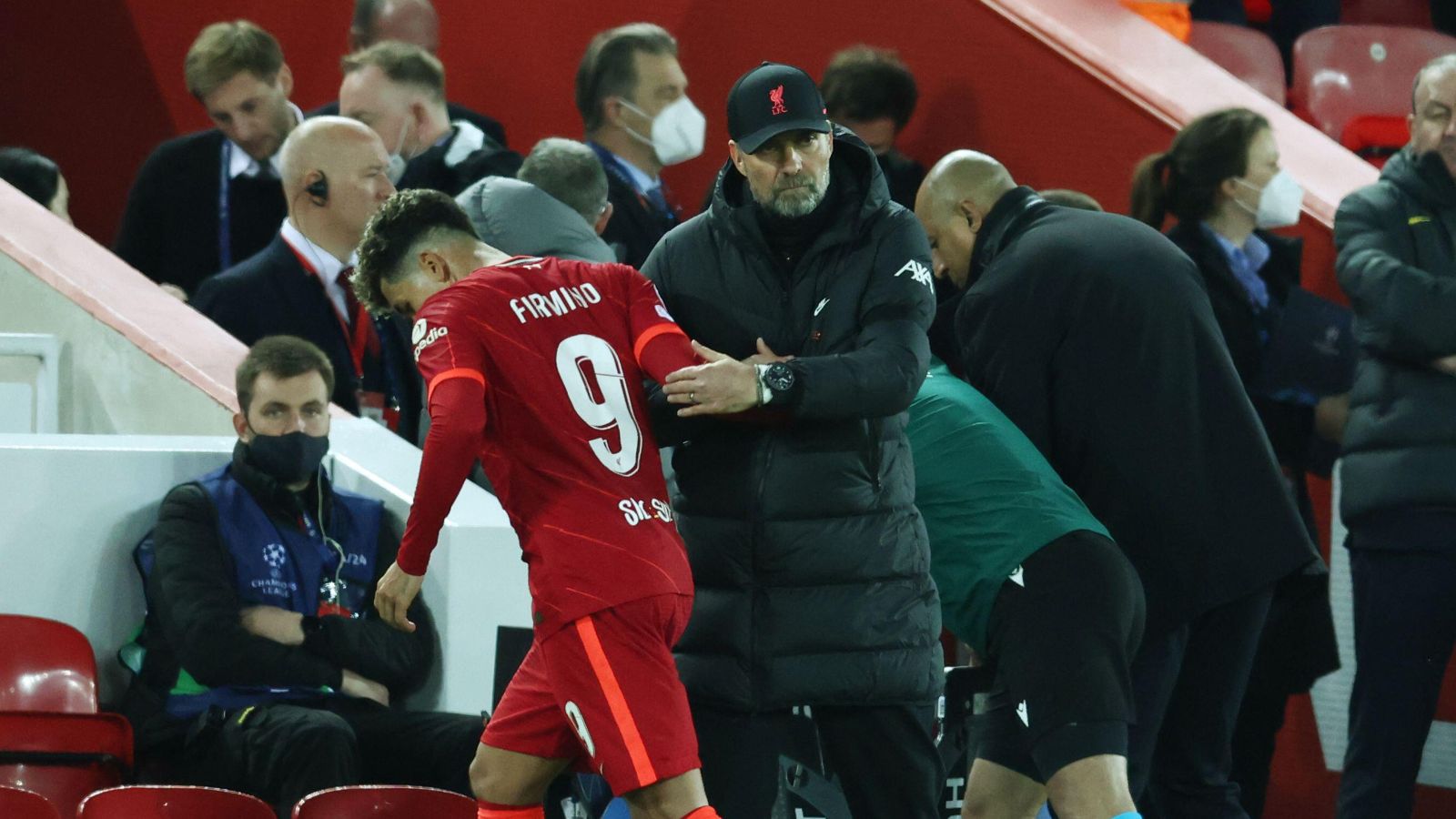 Jurgen Klopp has suggested that Roberto Firmino is “essential” to Liverpool amid reports linking him with a summer move to Juventus.

The Reds have had a busy summer, with Sadio Mane leaving the club to join Bayern Munich on a permanent deal. His last contract at Liverpool was due to expire in 2023.

Mohamed Salah was also due to be out of contract next year and it was claimed that he was demanding £500,000 per week.

At the start of this month, he settled on a new three-year deal that is worth £350,000 a week. So, he’s not doing too bad for himself.

Firmino’s future remains uncertain, though. He is yet to pen a contract extension and in recent days he has been linked with Juventus.

It has been claimed that the Serie A side are primed to sign him for £19m this summer with him in the final year of his contract.

Liverpool boss Klopp has moved quickly to quash this talk though. Ahead of Saturday’s game versus Man City in the Community Shield, he has praised Firmino.

The manager has insisted (quotes via BBC Sport) that Firmino is the “heart and soul” of Liverpool, suggesting that he is still a very important member of their squad:

“Bobby is crucial for us, he is the heart and soul of this team. Everything looks really good. He is essential for us.”

Liverpool have signed Darwin Nunez, Calvin Ramsay and Fabio Carvalho this summer and Klopp is happy with this summer business.

19-year-old Carvalho progressed through the ranks at Fulham and he was a major asset to them last season in the Championship.

He grabbed ten goals and eight assists in 36 appearances in the second-tier. His form helped the Cottagers finish on 90 points to lift the Championship title.

Carvalho joined Liverpool for £7.7m earlier this summer and he has featured for them during pre-season.

Klopp has been impressed by the youngster in recent weeks. He was involved as Liverpool were beaten 1-0 by Red Bull Salzburg on Wednesday.

The German is confident that Carvalho is a “top addition” for Liverpool:

“He’s a technical player, creative and we will have a lot of fun with him. Last night [versus RB Salzburg] was OK but he can do much better. I am really happy with him, he has shown up and it’s a good sign. Top addition for us.”