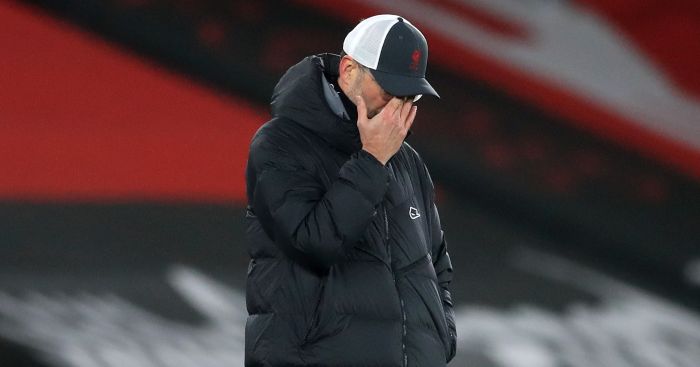 Glen Johnson believes the Liverpool owners will have a “serious chat” with Jurgen Klopp about his future at the club if they do not finish in the top four this seaosn.

Liverpool currently sit fifth in the Premier League, seven points behind Manchester City, ahead of their clash with Spurs on Thursday.

Liverpool cruised to the title last season, but injuries to key players at the start of this campaign have scuppered them somewhat.

The fabled front three are also going through a lean patch, with Liverpool failing to score a goal in any of their last four top-flight games.

Speaking to CheltenhamGuides.com, Johnson does not expect Liverpool to win the title this season and claimed that missing out on the top four could lead to a “serious chat” about Klopp’s future.

He said: “I don’t think Liverpool will have enough to win the league this year, but I expect them to get the top four – but it will be tough. There are six clubs fighting for the top four again.

“It will be super harsh for Klopp to be under any pressure given the success that he’s had, but we know that owners once they get success they want to keep repeating it so I think there would be a discussion to have if he did finish outside the top four, but I think it would be extremely, extremely harsh in terms of where he’s brought the club in the last few years.

“I don’t think he would be sacked. I think they would have a serious chat about it.”