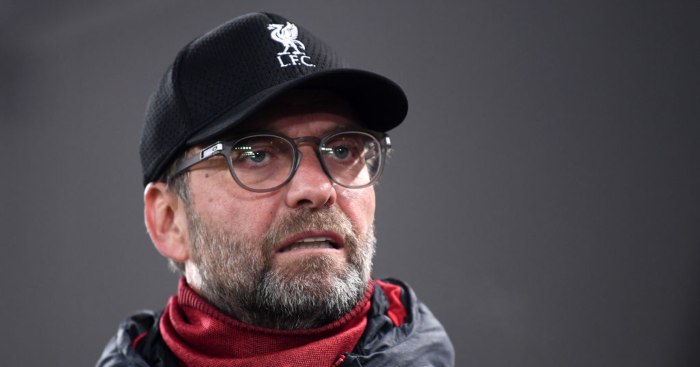 Liverpool manager Jurgen Klopp says Liverpool are open to January transfers, with the club “always ready” in the transfer market.

Manchester City manager Pep Guardiola ruled out bringing in any new arrivals during the winter window – despite City’s issues at centre-back.

Asked if he was surprised about Guardiola’s comments, Klopp said: “I’m not here to speak about the Man City transfer window.

“We don’t speak about it. We are pretty much always ready – if we can do something which helps us, we will try to do it. If not we will not.”

Many managers are reluctant to bring players to their clubs in January due to exorbitant transfer fees, but Klopp insists it is also difficult to make signings in the summer.

“I think the summer window is really difficult because of the different moments when it closes in Europe,” he added.

“That makes it really difficult. We’ll see how that goes in the future but the summer window only hurts English clubs and doesn’t help them. It’s not cool.”

Klopp is no stranger to making signings in January. In the 2018 winter window, he brought Virgil van Dijk to Liverpool from Southampton for £75m, a record fee for a defender at the time.

Van Dijk came second in the 2019 Ballon d’Or rankings – behind Barcelona forward Lionel Messi – at Monday’s ceremony in Paris, but Klopp is convinced his star defender should have claimed the award over the Barcelona forward.