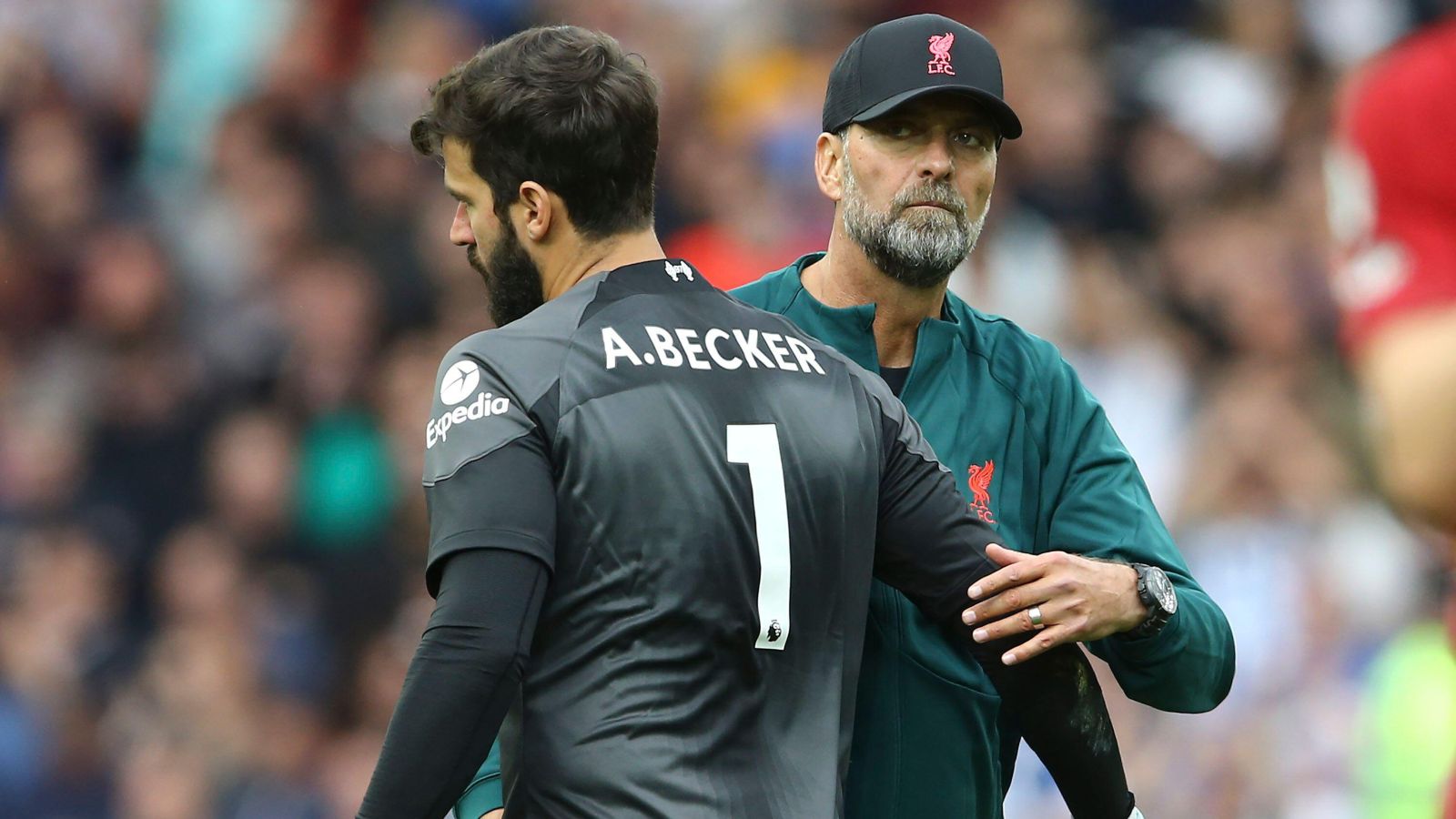 Jurgen Klopp insists it would be “silly” for him to stay on at Liverpool if he had any doubts over his future at the Premier League club.

There is a little bit of pressure on the German following the Reds’ poor start to the new season with his side only picking up ten points from a possible 21.

A 3-3 draw against a brilliant Brighton on Saturday was the latest match in which Liverpool have dropped points with Klopp’s side currently sitting ninth in the standings and 11 points off leaders Arsenal.

The Liverpool boss signed a two-year contract extension in April that sees his deal run until the summer of 2026 and, despite recent results, Klopp insists he has no doubts Anfield is still the right place to be.

Klopp told Sky Germany: “I always knew that I would like to stay here. I‘m still at the right place here, 100%. And if not, then you have to end it. It would be silly not to. But everybody involved doesn’t see things like that.”

A brace from Roberto Firmino and Adam Webster’s own goal had given Liverpool a 3-2 lead, after coming from two goals down, but Leandro Trossard sealed his hat-trick in the 83rd minute to snatch a point.

When asked if he was concerned over the lack of confidence amongst his players, Klopp replied: “Concerning I am not sure is the right word but we can’t ignore the fact.

“But the Ajax game (their previous match 18 days ago in which they scored an 89th-minute winner) didn’t give us any kind of rhythm.

“That’s something you usually get from these situations. With the late goal we would have taken a lot of things into the next game, but unfortunately we didn’t play and since then that feeling is pretty much gone.

“We had confident moments today – Bobby for the second goal, you could see a lot of that – but the passing game was not good.

“We passed balls all over the place, which we can only explain by saying we were not confident in that moment, because of how the game started.

“We are under pressure, we don’t ignore that, we don’t increase it every day but it is there.”

Klopp added: “If we are 100 per cent honest, it is not the first time. It is a sign that the confidence level is now not extraordinarily high.

“In our situation, if you get confidence back you want to build on it and increase it, and it was obvious that the first goal, especially, and then the second goal didn’t help in that.

“If you watch football long enough, you remember games here where we had situations years ago when we were only one goal up and it happened quite frequently that everybody was nearly having a heart attack because we were just not convincing in these moments.

“It reminded me of that a bit today. I cannot say I was 100 per cent convinced that we would not concede a goal when we were 3-2 up.

“We should defend all three goals better, no doubt about that, but in different areas, not just in the last moment.

“3-3 feels like a defeat even though it is not, and we have to fight through this.”