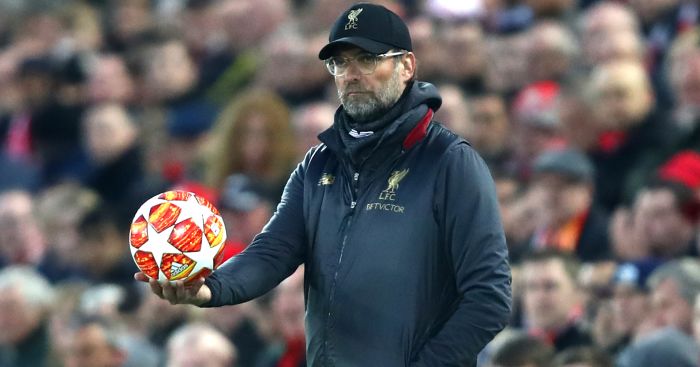 Jurgen Klopp was ultimately contented by Liverpool’s 2-0 victory over Porto at Anfield but warned the Champions League quarter-final is still very much alive after the first leg.

However, Liverpool struggled for fluency after the interval and Klopp acknowledged that the Portuguese champions will provide stern opposition at the Estadio do Dragao next Wednesday.

The Liverpool boss said: “We deserved the win 100 per cent, we scored two wonderful goals, we were in a lot of really dangerous situations. Overall it was a really good performance.

“Two-nil is a really, really good result, I would probably have taken that before the game and I’ll take it now.

“They had too many set-pieces because they are really good in there and we don’t want to give them away but that’s how it is. They went for it as well but we defended them well.

“The problem was a little bit in the second half, we gave one or two counter-attacks away and then we had to control it again a bit more.

“We lost a bit of direction, didn’t play that clear any more. We were still around in the box and all that stuff, which was good, but defending counter-attacks we had to work really hard which costs you a little bit and you lose a bit of rhythm.

“But all good. Two-nil, the game is still on, we have to go there and fight. Porto will try everything to strike back and that will be a really tough game again.”

While Klopp said “there were a lot of good performances”, he singled out Keita for praise following a whole-hearted effort from the midfielder.

The Guinean has struggled to make his mark on Merseyside since arriving for a then club-record £53million fee last July.

But he followed up an encouraging display last Friday against Southampton, in which he opened his goal-scoring account for Liverpool, by making an impression against the Portuguese champions.

Klopp added: “Naby was a few times a bit unlucky in situations, and had to find his way back into games if you want. But he was in it from the start.

“We hoped it would be like this because last game he got better and better, minute by minute, so we wanted to build on it. He was really good. All of them were really hard-working.

“I loved (Keita’s) goal. It was deflected, but it was a situation we wanted, the half-space we wanted to use. The boys did that really well. It was a really good performance.”