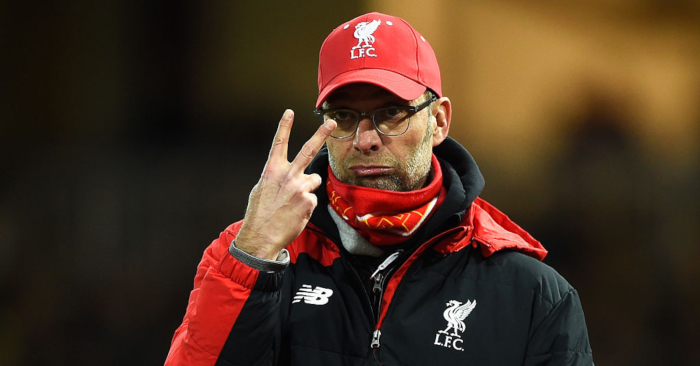 Jurgen Klopp has been told to “stop chucking the FA Cup away” by one-time League Cup-winner Jermaine Jenas.

Liverpool ended their Premier League season on a remarkable 97 points after beating Wolves 2-0 at Anfield on Sunday.

But they missed out on the title due to Manchester City’s brilliance, and could yet complete one of the most ridiculous trophyless campaigns in history.

The Reds face Tottenham in the Champions League final with the hope of ending their seven-year trophy drought, having exited both the FA and League Cups in the third rounds to Wolves and Chelsea respectively.

Jenas feels Klopp should have prioritised the FA Cup more in particular, despite the fact that doing so would likely have impinged on their Premier and Champions League successes.

“The place where I could see he could improve and maybe take a bit of pressure off himself, is stop chucking the FA Cup away,” Jenas told BT Sport.

“Give yourself another chance. Then this whole thing of you’ve not got over the line and not won a trophy, give yourself more opportunities to win the League Cup, win the FA Cup.

“He did the same last year and didn’t win the Champions League.”

Jenas also denied Klopp’s claim that this is one of the best Liverpool teams ever, insisting that they need to win a trophy before being considered as such.

“If they don’t win the Champions League then, say what you want, but the reality is it’s a great team but it won’t go down in history at Liverpool as one of the greatest because of the amount of trophies they’ve won at that club.”