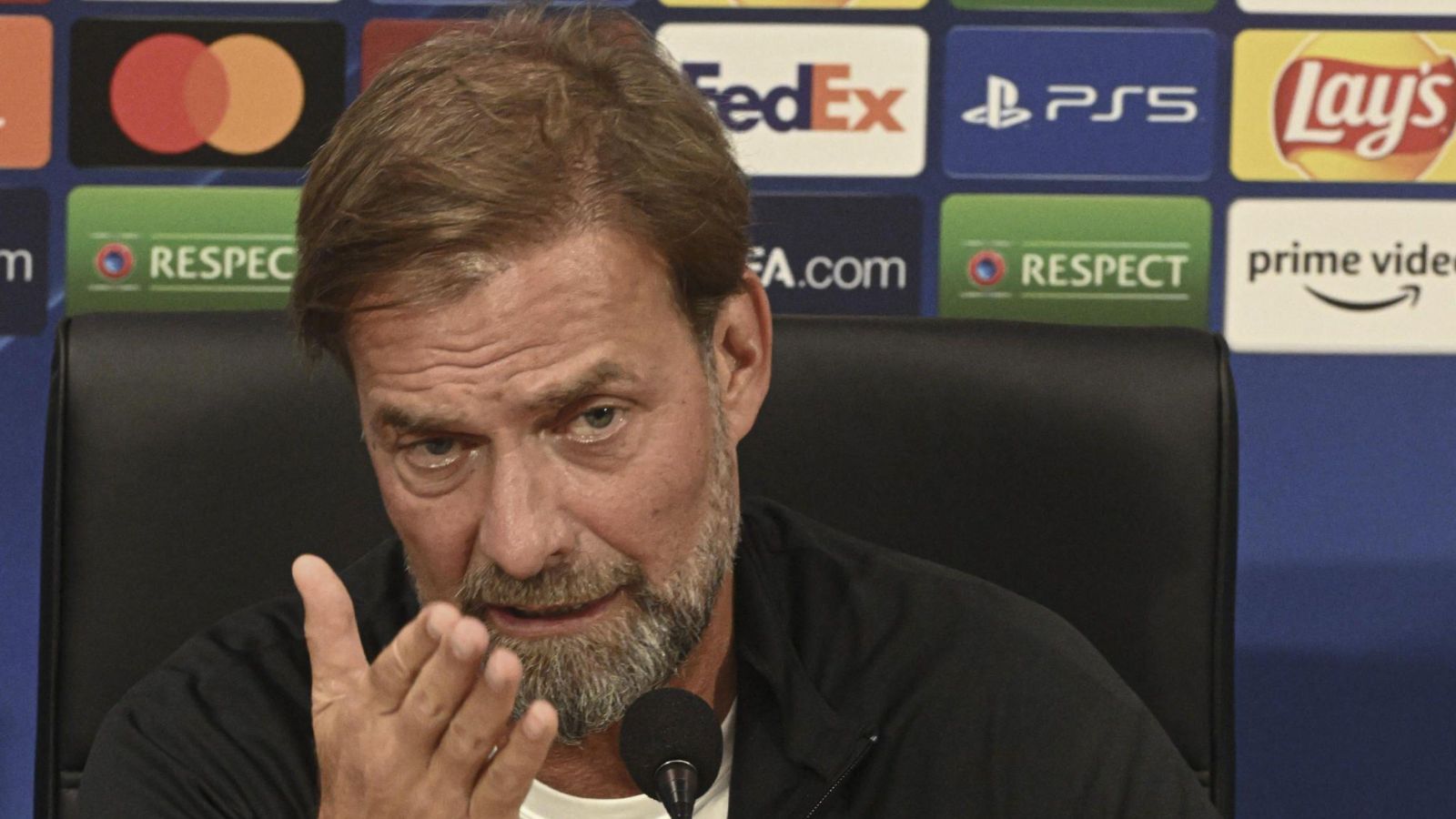 Liverpool boss Jurgen Klopp has accused an Italian journalist of trying to “create headlines” ahead of their trip to Napoli.

The Reds are in Naples tonight to face Luciano Spalletti’s men in the Champions League group stage with Liverpool facing fan issues on each occasions.

That has led the Premier League club to give travelling supporters some safety advice ahead of the trip, including not wearing Liverpool colours in Naples and not walking around alone at night.

Klopp was asked whether he agreed with the picture Liverpool had painted of Naples, to which the German replied:”That’s an embarrassing question from you. You want to create headlines, I really don’t understand it.

“You are from Napoli? Are you from Napoli? Do you think it’s a dangerous city? I don’t know. I don’t live a normal life in Napoli.

“I am protected here, I go to the hotel, and now you ask me what I think about Napoli.

“So I don’t know, but I’m not here to create headlines for you.

Klopp has never been victorious at the Diego Armando Maradona Stadium and is hoping to turn around his poor record against Napoli.

The Liverpool boss added: “I have never won here. Not with Liverpool. Not with Dortmund.

“But we have frequently qualified for another final after Napoli was with us in the group stage. I am not sure all the time… but who cares.

“I am, how we say in Germany, a late bloomer. I need always a little bit longer to achieve my stuff.

“What do we have to do? Play better than in the previous three games? That would be very helpful because we didn’t play particularly well when we came here. Another reason Napoli is pretty strong.”

On injury news ahead of the fixture, Klopp continued: “Thiago back in training. Second day today. It means he is ready. For how long we will see.

“Hendo [Jordan Henderson], we had the results of the scan and it will be after the international break, I think, he will be back.”