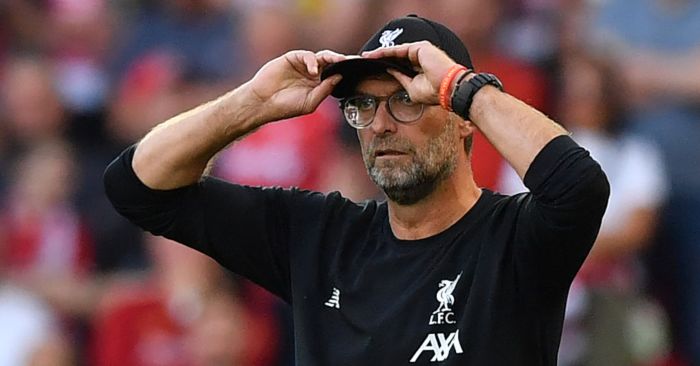 Thomas Gronnemark has revealed the details of the conversation that led to him becoming Liverpool’s throw-in coach.

Gronnemark, a former Danish athlete, started working with Liverpool at the start of last season, helping them improve on their throw-ins.

He played a key part in their European success and Premier League title challenge, having joined the Champions League runners-up and fourth-best team in England.

Gronnemark has explained that manager Jurgen Klopp sought his help after finding that their throw-ins “were really bad”.

“I was in the car with my family on our way to visit a chocolate shop so I had the volume on my phone turned down,” he told The Athletic.

“After I parked up I looked at my phone and saw I had missed a call from a +44 number. I listened to the voicemail and it was Jurgen Klopp. I couldn’t believe it. I tried to call him straight back but he didn’t answer.

“Afterwards I thought I best go home to take perhaps the most important call of my life in quiet surroundings. I was driving back, with my wife beside me and the kids in the back, when suddenly the phone rang. My wife took it and said: ‘It’s Jurgen.’

“I drove straight into a grass field and answered it. He said to me: ‘Even though we had a good season last season with fourth place in the Premier League and getting to the final of the Champions League, our throw-ins were really bad. We were losing the ball all the time. We tried to do something about it but it didn’t work.’

“He invited me to Melwood in the middle of July. It was supposed to be just a meeting with a view to making an agreement later if he was interested. But he was so taken by it that he said: ‘Okay, I want you to coach the players tomorrow.’

“I was working with 21 players – all the ones that weren’t injured and weren’t on vacation after the World Cup.

“The club kept it quiet and I didn’t say anything to anyone. It was only my wife and my kids who knew, not even my mother and brother knew until it was picked up by the newspapers.

“I knew at some stage it would come out and a few people would make fun of it, but it was more important to me to make a good impression with the club.”