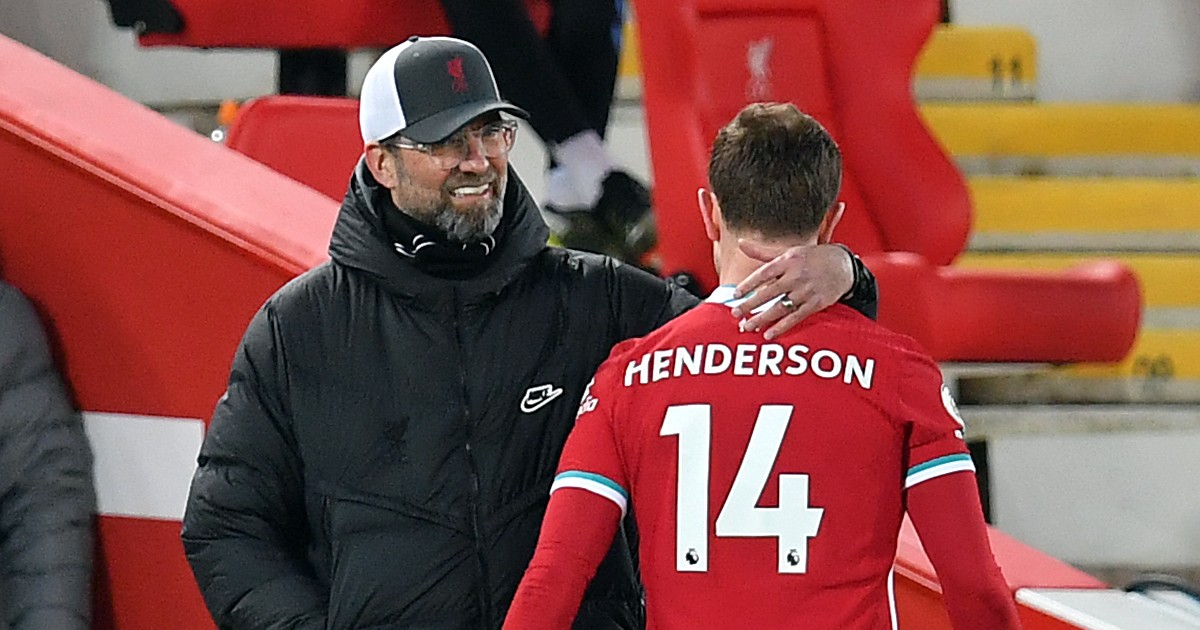 Jordan Henderson will extend his contract at Liverpool after the intervention of Jurgen Klopp.

There was a mild media-fed panic in July when it was reported that negotiations between Henderson and Liverpool had reached an impasse with his current deal set to expire in 2023.

The prospect of another integral first-team midfielder leaving as a free agent so soon after Georginio Wijnaldum departed for Paris Saint-Germain led to consternation among sections of the fanbase and further afield, including a suggestion Klopp himself might quit as a result.

One journalist wrote that it was ‘another PR disaster in the making’. Others pointed out it probably was not worth panicking.

The situation has quickly taken a positive turn as David Ornstein of The Athletic reports that ‘an agreement in principle’ is in place.

Talks between the two parties ‘advanced significantly’ after Henderson returned from a post-Euro 2020 holiday – surprisingly enough – with Klopp also thought to have stepped in.

He ‘is understood to have played a pivotal role in turning around a complicated and sensitive situation’. The German ‘was determined to avoid a repeat of what happened with’ Wijnaldum.

“It is important but it will happen,” Klopp told the press on Friday. “We will sort it, however it will be. We will sort it. No doubt about that. It will get sorted.”

An ‘improved’ three-year deal with the option of an extra 12 months has been tabled and is expected to be signed, the captain having been given assurances that he is still seen as an important member of the team.

Henderson would follow Virgil van Dijk, Trent Alexander-Arnold, Fabinho and Alisson in extending his Liverpool contract this summer as the Reds look to consolidate their current squad instead of spending vast sums on new players.

Ibrahima Konate remains their only signing of this transfer window, the £36million centre-half watching the victory over Norwich from the bench as an unused substitute.

“If you want to buy such players, you have to spend a lot of money,” Klopp said last week. “We do not have to do that, because the players are already here.

“You have to make changes from time to time, but then there must be room to do it. We do not want more players. If something happens somewhere, something can happen somewhere else, but it makes no sense to add more players.”

It is hoped that Mo Salah will be the next player to commit his long-term future to Anfield.