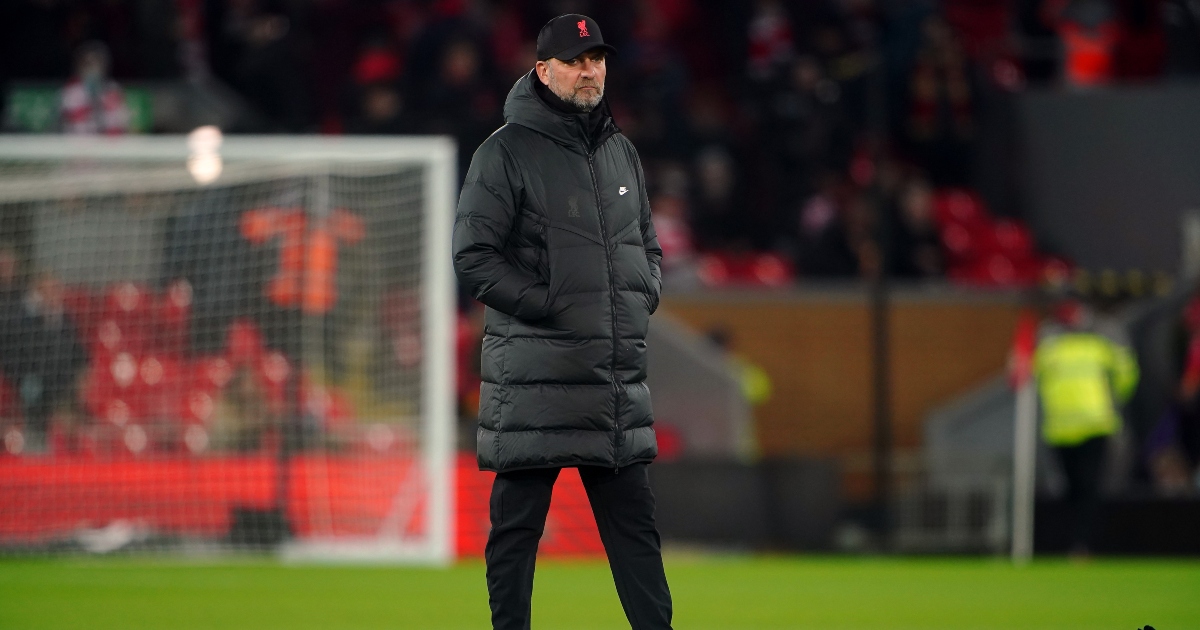 Liverpool manager Jurgen Klopp is still waiting on confirmation on whether Virgil van Dijk, Fabinho and Curtis Jones have tested positive for Covid-19.

The trio missed Liverpool’s 3-1 win over Newcastle on Thursday evening after returning what was thought to be positive results, but the club are still waiting on confirmation.

Liverpool travel to Tottenham, who have had their own Covid issues, on Sunday and Klopp has admitted no one else has tested positive so far.

“It’s not confirmed yet, it’s an ongoing process, they are not here but they are fine.

“In this moment nobody else is positive but it’s pretty early still and the players will come a little later so we will see.”

The Liverpool boss has been very transparent on the Covid situation at the Merseyside club, as well as the vaccination rate of his players and staff, something he believes is important.

“We don’t have anything to hide.

“We have to find a way to get through all this and I think an exchange of information is pretty helpful. I just say it how it is.

“I know all the anti-vaxxers will say Jurgen Klopp said they had the vaccine but now they have the virus. Yes and that’s what I said before it makes it more unlikely to get it. Unfortunately they had the booster too late for the infection, if they are infected.”

With a number of fixtures being cancelled in the last few weeks and more likely to come, calls for the Premier League to be put on hold have become more frequent.

However, Klopp is not sure that is the best way to get through the ongoing situation.

“I’m not against stopping the league I just don’t see the 100% benefit of it.

“Stopping it means stopping now for one or two weeks, so five or six games. When do you want to play them?

“Or we just play on. It is really difficult because step by step players will get infected.

“We have games on Sunday and Wednesday, the FA Cup where if I am right or wrong the opponent does not really have a testing regime or the vaccination rate is low, but we don’t get any information because it is just football.