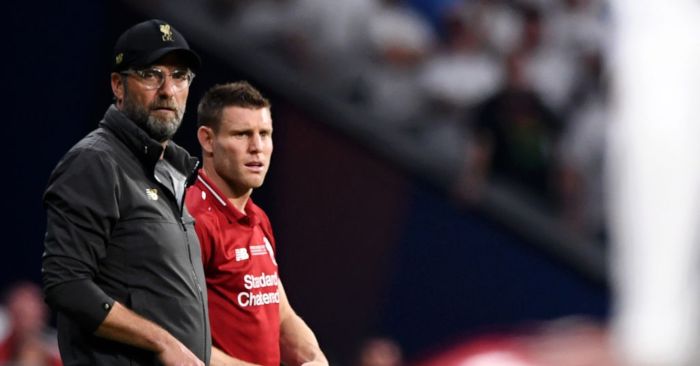 Liverpool won the Champions League for the first time in 14 years with a 2-0 victory over Tottenham in Madrid.

Mohamed Salah opened the scoring with an early penalty before Divock Origi crowned the success three minutes from full-time.

Virgil van Dijk was named man of the match on an evening where fellow big-money signing Alisson also shone, but Klopp paid tribute to Milner, a freebie brought in by Brendan Rodgers in 2015, after the game.

“What is satisfying is I am happy for the boys,” Klopp said.

“You know what people have said about a couple of the players of this team.

“Jordan Henderson is captain of the Champions League winner of 2019. That is satisfying, actually.

“All the boys did it. They are all very important.

“Without Millie’s dressing room talks before the games, with a non-native manager, I think it would not have been possible.

“It’s so important, the little things that they did during the weeks, how they lifted them when we had a little down.”