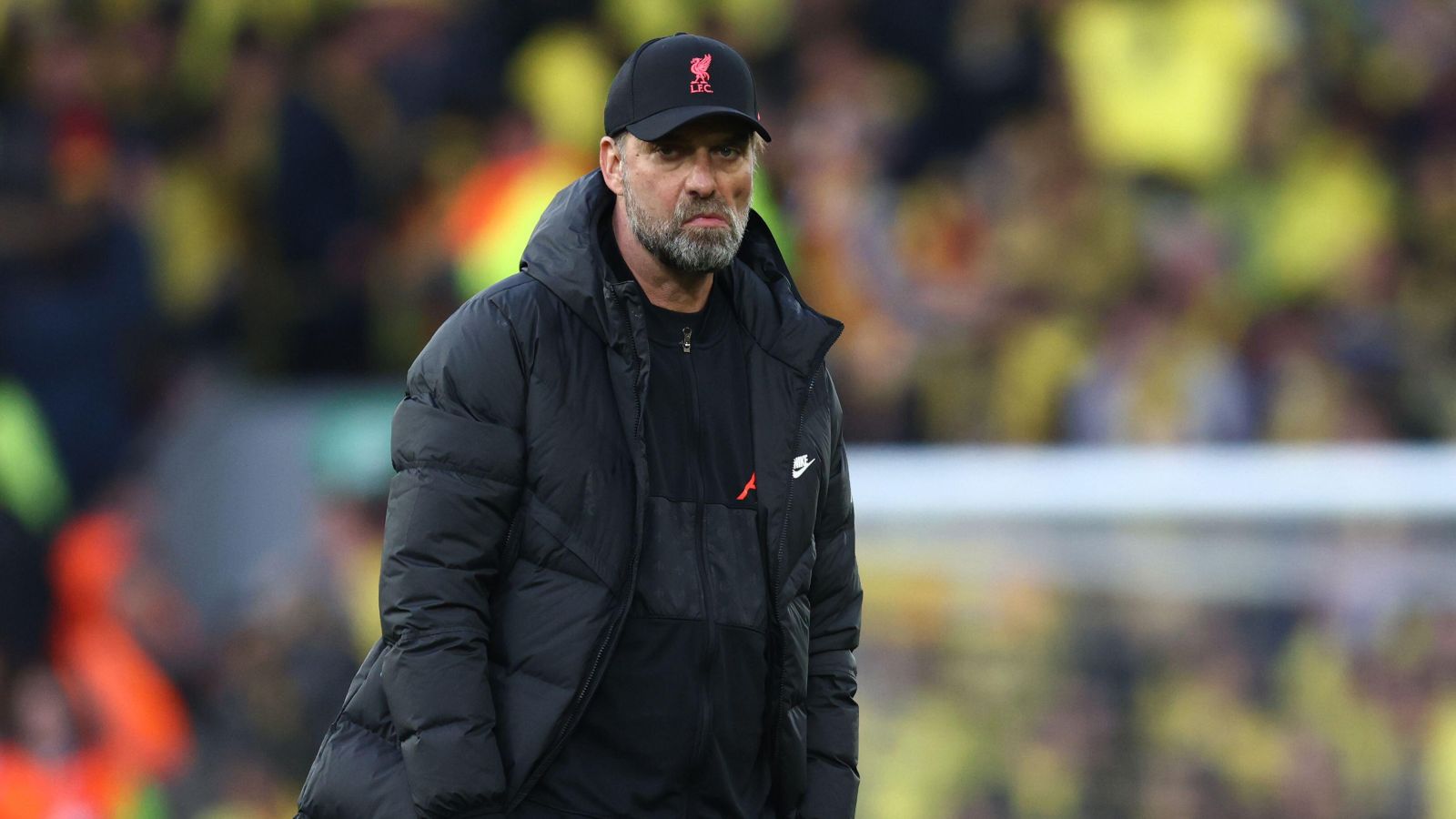 Jurgen Klopp wasn’t happy with the Tottenham “game plan” as his Liverpool side dropped points in the title race on Saturday.

The 1-1 draw against Spurs, the first time they had not won in the league at Anfield since October, left them needing Manchester City to drop three points before the end of the season to stand a chance of deposing Pep Guardiola’s reigning Premier League champions.

But that still requires Liverpool to have a perfect finish to the campaign, a situation they have been living with since their current unbeaten run began at the turn of the year.

Son Heung-min put a dogged Tottenham side into the lead at Anfield before Luis Diaz’s deflected striker drew the sides level.

But despite Liverpool dominating possession they lacked their usual killer instinct and Spurs could easily have claimed all three points as Pierre-Emile Hojbjerg missed a huge late chance.

Klopp wasn’t best pleased with Antonio Conte’s tactics after the game, annoyed by Spurs’ “time wasting” and putting the boot in by stating “they are still fifth”.

After the final whistle, Klopp told BT Sport: “The dressing room is not flying in this moment. But come on, something like this can always happen. There are other games to play, we just have to keep going.

“I wish we could have won this game, but with all the praise for Tottenham – they sit back. They drew against us, got results against Man City and Chelsea. The game plan works for these games but they are still fifth. Time wasting, these kind of things, it makes it easier for them. We wanted three points, that’s not so cool.”

Klopp chose to look at the positives, highlighting his side’s “outstanding” counter-press in a performance he was happy with.

“I’m really happy with the performance and proud of the mentality we showed against an incredibly good opponent with a game plan,” he added.

“We had to win and they sat back to do counter-attacks. The counter-press was absolutely outstanding. Not the result we wanted, but the performance we wanted and from that point of view I’m fine.”