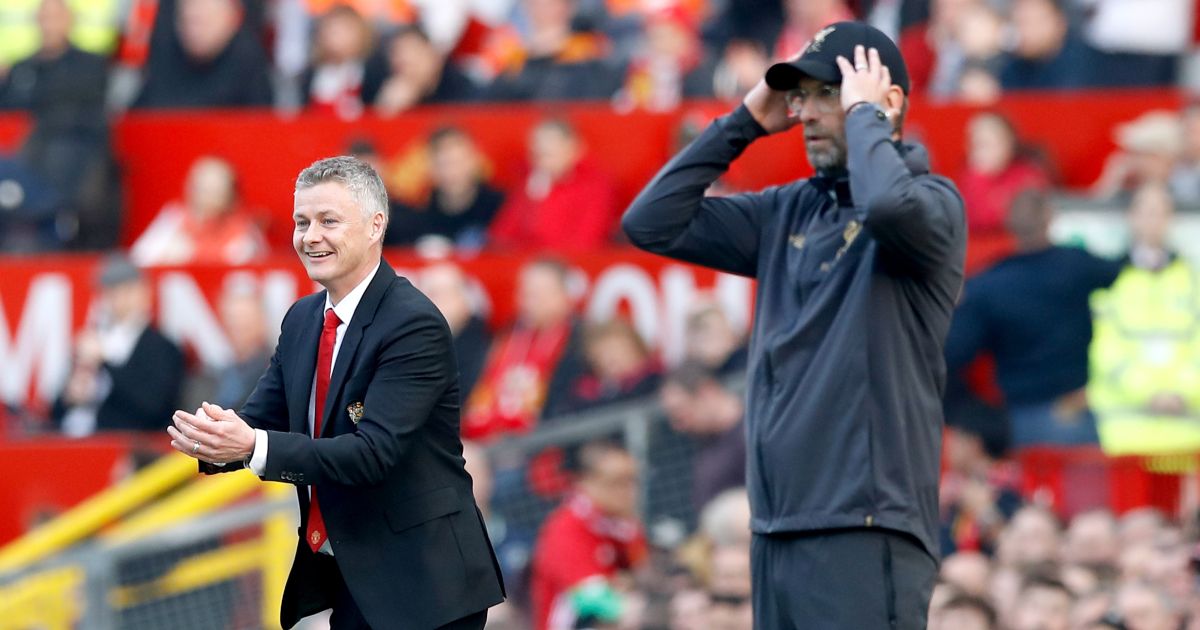 Manchester United thrashed Roma 6-2 in the first leg of their Europa League semi-final on Thursday, having been behind 2-1 at half-time.

Owen Hargreaves and Paul Scholes were among those calling for Solskjaer to make substitutions but the Norwegian resisted the temptation.

“It’s easy up there thinking who should play, but who should not play?” he said in response.

“That’s a very good team, it worked really good against Tottenham. Mason Greenwood should be disappointed not to be playing but it’s about balance. Maybe those two should try to leave players out and pick a team with balance.”

Klopp backed his managerial rival ahead of their scheduled meeting on Sunday – later postponed because of fan protests.

“I watched the United game and after half-time the pundits were flabbergasted United didn’t change their team,” Klopp said. “They then scored four goals in the second half and changed a few players and Greenwood scored.

“It’s nice to see when the quality of a manager is more important than the experience you have.

“If you need to have 50 Champions League games before you can take on the job at a team like United, then that would be tricky to find someone. There aren’t a lot of coaches out there with that experience.”

Klopp added that Solskjaer would likely not have been considered as Jose Mourinho’s permanent replacement in 2019 had he not already experienced success as a player at Old Trafford, but that the appointment has paid off.

“It’s clear that if Ole didn’t have history at United as a player, not so many people at United would have thought about him.

“Nobody knew how it would work and it worked out absolutely sensationally from the beginning and then a little dip, and now they look absolutely really good. He deserves credit for that along with his coaches.

“I’m happy for him to be honest. Even though he coaches a club I don’t think too often about, I am really happy for a colleague to do really well.”