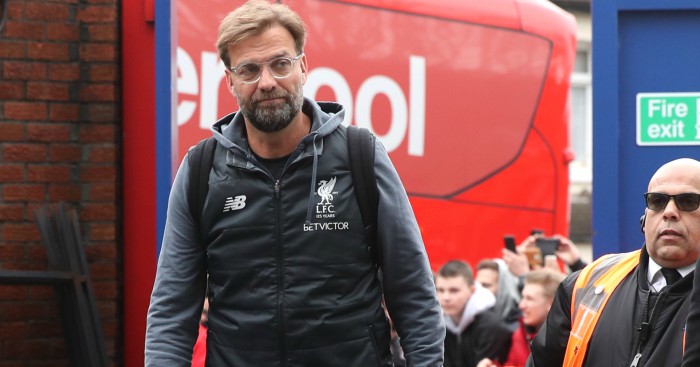 Klopp has won many plaudits for his team’s style of football, but his Liverpool side have lost in two finals – the League Cup and the Europa League in 2016.

Although he has led Liverpool back into the Champions League, the German knows he must deliver trophies.

“I’m aware that the overall feeling is positive towards me but I have no idea what exactly the fans think of me. I’m not too worried about that, actually,” he told UEFA ahead of Wednesday night’s clash with Manchester City.

“The point here is that I’m trying to do my best so we can be successful, just as everyone else does.

“I’m not here by chance – coming here was a conscious decision. I was aware of the club’s situation and the unique nature of the fans, and everything was very familiar to me.

“Very few things in my life have come trouble-free, but I’m here today despite all that. And Liverpool FC’s history is very similar. It’s been a tough one, but also a very successful one.

“Now we’re going through a long dry spell and I feel somehow responsible for that.”