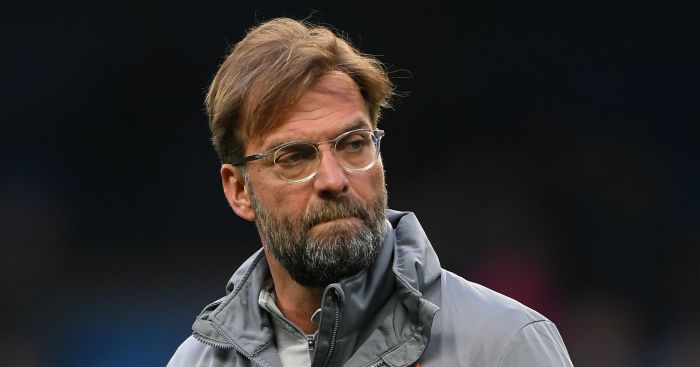 Jurgen Klopp has challenged journalists to “try to make different line-ups with my squad”.

Liverpool face Chelsea on Sunday in a game that has taken on slightly more importance in recent weeks.

A succession of draws has kept Liverpool third, but allowed Chelsea to close the gap in fifth.

Liverpool are still in pole position to secure a top-four finish, as they only need a maximum of four points from their final two games to finish above Chelsea, and have a far superior goal difference to the Blues.

The suggestion is that Klopp could rest some players in their game at Stamford Bridge on Sunday, with the Champions League final three weeks away.

Klopp insists that would be futile.

“How can you keep a player fresh?” he asked.

“We have to do the job. We can’t decide to leave players out.

“A break would be better for everybody but we don’t have it. I didn’t make the schedule.

“From Wednesday to Sunday is always okay. It would be much more difficult if we played tomorrow. The time will be enough, no doubt about that.

“Can you try to make different line-ups with my squad? Do it! We can’t do it.

“The whole season is a constant challenge.

“We have really fought hard so far to here in the league, we have to finish the job.”