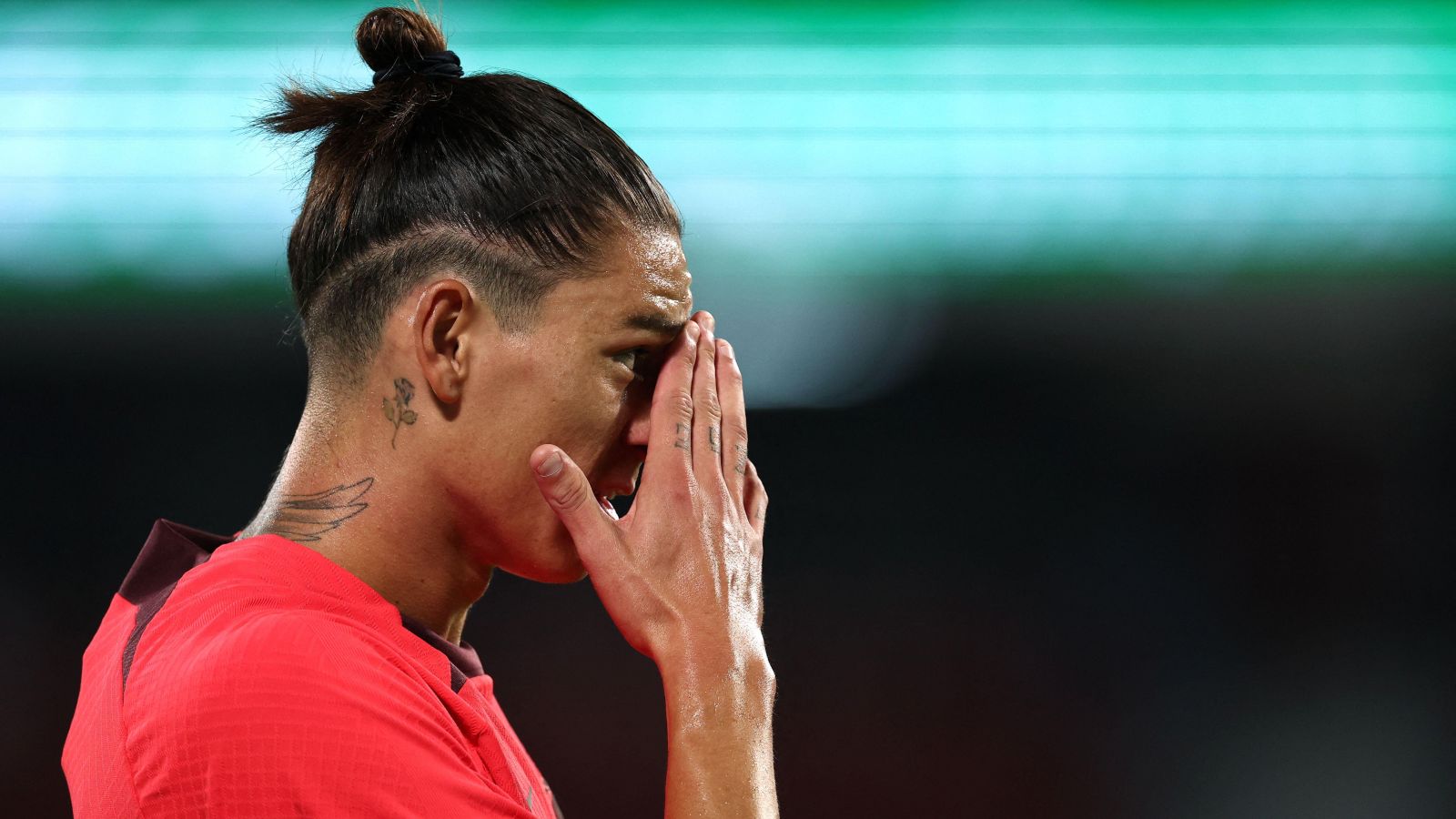 Jurgen Klopp has told Liverpool fans to forget how much the club paid for Darwin Nunez after the striker received criticism online.

Nunez missed a golden opportunity to get the Reds back into the game during their 4-0 friendly defeat to arch-rivals Manchester United earlier this week.

The Uruguay international is seen as the man to replace Sadio Mane’s goals at Liverpool next season after the African Cup of Nations champion left for Bayern Munich last month.

On whether Nunez will face pressure this season and how the club will help him handle it, Liverpool boss Klopp told the club’s official website: “I am not worried at all.

“The general judgement is 0.0 per cent interesting. And it will be like this, and we all know it’s a joke or a game for some people to pick out some situations where a player is not doing well.

“The only really important thing first and foremost is how I judge the situation for the player. I couldn’t be more calm about it. I am completely convinced about his potential. And actually what our people think, the Liverpool supporters in the whole world.

“They should know now after a while that new players need time and get time, and we should be the first – all Liverpool supporters on this planet – who just delete the fee we paid. Just delete it, it’s not important.

“He’s now a boy from us and now we do absolutely everything to not only see the things we saw from him at Benfica; no, from there we go. This is the basis. And again, it is my responsibility to help Darwin that he can fulfil his full potential. And I am in it. I am in that responsibility.

“I’m completely calm. I know with strikers it is like this, he missed a chance and then we have these nerves, people out there [saying], ‘Oh my God, he missed a chance.’ I can promise it will not be the last, for no striker in the world. They will miss chances, that’s how it is.

“Having them is good. And from there we go. Again, that is only a game I think a little bit from other clubs, which is normal for supporters of other clubs; that is what our fans probably do with signings of Manchester United and stuff like this.

“We cannot take that serious. Really, with half a football brain you don’t doubt the potential of Darwin Nunez and now we have to help him that he can fulfil that as quick as possible. That’s all.”

Thank you for your amazing support at our opening training session in Singapore, Reds 🇸🇬❤️#LFCPreSeason pic.twitter.com/OosRMm5bAm

Speaking about how the transfer market has changed during his career, Klopp touched on the fee Liverpool paid for Nunez again, he said: “A lot, obviously a lot. These kind of things happen.

“The numbers [about Darwin Nunez] you are telling are not right, but it’s not a problem – I know which kind of number is going around in the world out there.

“When you want to sign a striker as exciting as Darwin is, that’s the market and you have to pay the price. As I said, it’s not the price you mentioned and not the prices going around, but it’s no problem.

“Our situation is always the same, we try to level it somehow, the things we invest in the boys and in the players we sell, it’s kind of that it’s not going out of any kind of range and that worked so far, but I know, I heard it immediately.

“I forgot that I said this but everybody reminded me and then I thought, ‘Oh, OK, yeah…’ I’ve said worse things in my life, to be honest, but that’s one of them.”