Home All The News Klopp tells Liverpool to be like Chelsea 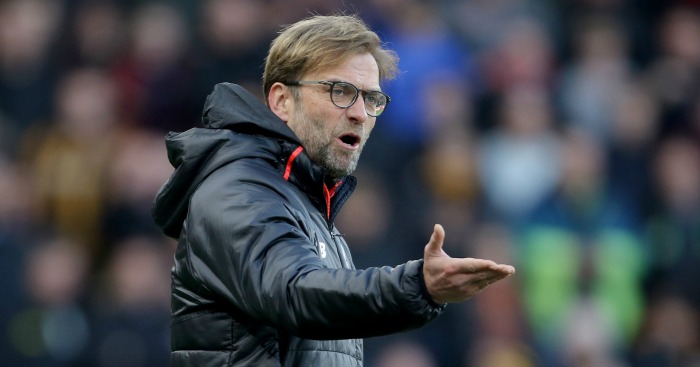 Liverpool manager Jurgen Klopp has urged his players to be more like Chelsea as they look to secure Champions League football next season.

Conceding an 87th-minute equaliser to draw 2-2 with Bournemouth meant the gap to fifth-placed Arsenal was cut to six points with the Gunners having two matches in hand.

Third-placed Liverpool currently have a better goal difference but only by two, which could easily be wiped out when Arsene Wenger’s side eventually catch up on their fixtures.

Klopp had tried to avoid a slip-up by switching to a three-man defence with 25 minutes to go when he replaced the ill Philippe Coutinho with centre-back Joel Matip, but that could not prevent a late long throw leading to Josh King snatching a point for the visitors.

An inability to get results over the line has been a problem all season and the Reds boss admits they would do well to follow the example of the Premier League leaders, who have dropped just eight points from winning positions this season.

Liverpool have dropped 15 points from similar positions and it is probably their desire to continue attacking which is at fault.

“Probably (if it was) Chelsea, for example, the opponent would not have the ball three times in the last 20 minutes I think,” said Klopp when reflecting on how Bournemouth were allowed back into the game.

“Yes, we don’t have this experience. Probably you need things like last night to get more experience than this, even though (the result) was not that good.

“On the other hand, we’ve probably still scored the most goals in the Premier League so far (66 – five more than Arsenal), so it’s part of the game that we try to create moments all the time.

“We have to get more experience in this, for sure.”

Striker Divock Origi, who made it two goals in as many games with what he thought would be the winner, insists it is not the time to panic.

“The situation is not dramatic, we still have a lot to play for and we took a point,” the Belgium international told liverpoolfc.com.

“If you look at the game we put a lot of energy in, a lot of work, and we created a lot of chances but the details count at this level.

“We have to sit down and see what went wrong and what was good and move forward, because there are still a lot of points to play for.

“We just have to stay strong and in a couple of days we have Stoke, a very important game, and football (moves) quick so let’s try and go and win this game.

“We knew that the race would be tight but, as you’ve seen, other teams that go for the top four can drop points as well.

“We all know that we have one goal. We have to move forward and make sure that the things that went less well don’t happen again and just try and take as many points as possible.”