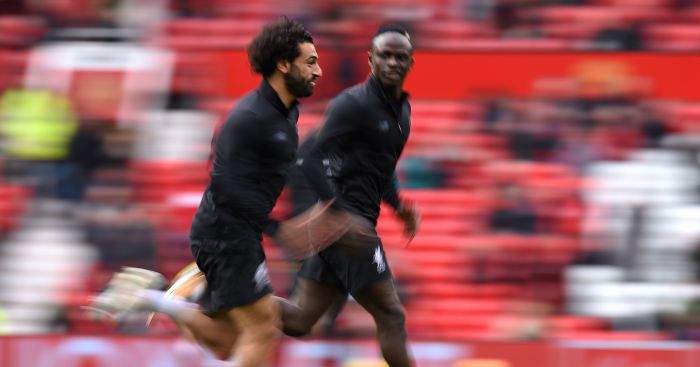 Salah is without a goal in his last seven game as he struggles with his longest barren run since moving to Anfield in summer 2017.

Mane has taken up the mantle with 11 goals in his last 11 games to keep Liverpool’s Premier League and Champions League hopes alive.

Klopp feels that Mane is simply doing “exactly what Mo has to do”.

“He is in a really good moment, of course,” he told Liverpoolfc.com

“The only thing he did when he was not always in the right spot was work and work and work. That’s exactly what Mo has to do, exactly the same: just work, do the right things and it will come again.

“He’s just rather unlucky, where Sadio is lucky in the moment – he is in brilliant shape, that’s true.

“But then, he is in the right shape and maybe a yard away from him is Mo, but somebody else scored; the cross from Robbo [at Fulham], I’m pretty sure Mo would have scored if Gini doesn’t get the ball.

“These moments… I was a striker, I had that as well, you think, ‘Oh’ and then somebody else missed the chance. That’s how it is, all good.

“But, of course, it’s a brilliant moment for him [Mane].”