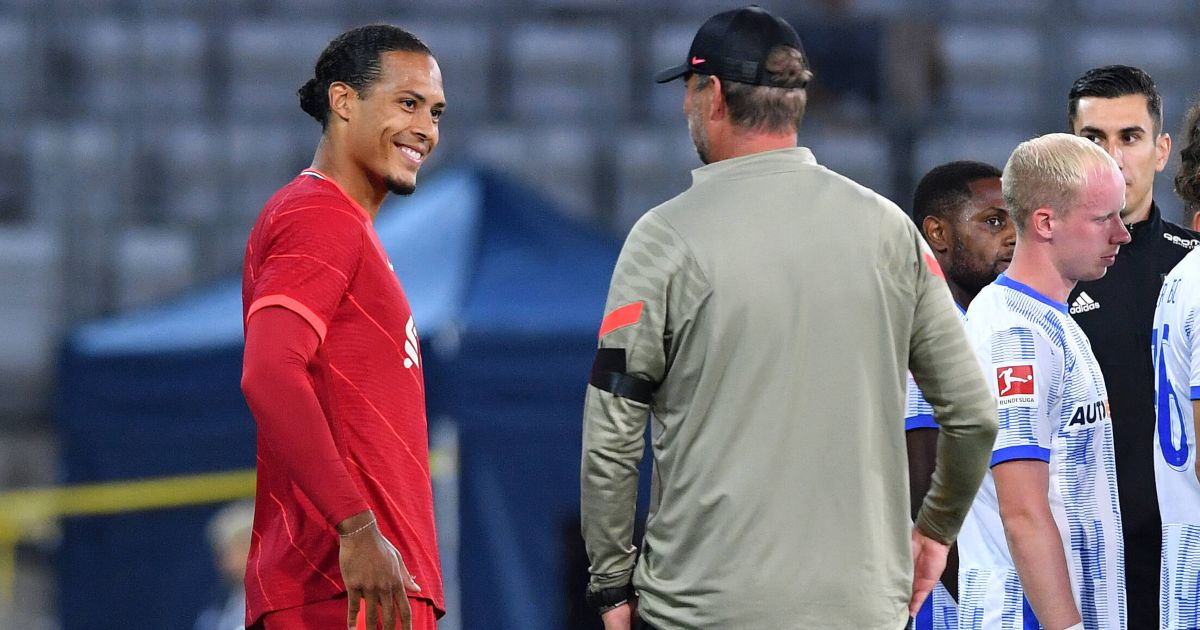 Liverpool boss Jurgen Klopp thinks Virgil van Dijk is “the best centre-half in the world” and would help any team achieve their goals.

The Netherlands defender spent most of last season on the sidelines after picking up a serious injury in the Merseyside derby against Everton.

But Van Dijk made his return at the beginning of this season and has now started all of Liverpool’s eight Premier League matches.

Liverpool are currently second in the Premier League, one point behind Chelsea, after beating Watford 5-0 on Saturday.

“I understand why you ask abut Virgil because he is an exceptional player, for me the best centre-half in the world for sure but we couldn’t play the football we wanted last year. Not only because Virgil was injured, but we had no Joel Matip, no Joe Gomez and Ibrahim Konate was not here yet, so we had to find a solution with the young centre-halves who did an incredible job.

“So, we came third at the end of the season and in moments we played the football that we wanted to play, but the football you play depends massively on the players that you have on the pitch and Virgil would help each team in the world. Thank God he is with us.”

On facing Atletico Madrid in the Champions League on Tuesday, Klopp added: “Win both games against Atletico and it’s clear you will probably go through,” said Klopp.

“We lost both games the last time against them. I’m a positive person but I’m not that positive to think we have these games in our pockets.

“The last one we played was an outstanding match but we lost in one of the strangest games I’ve ever been involved in. Hopefully, we can learn from those games even though they have changed a lot since then.

“They have changed players and system so we face a different animal, but not a weaker one. The core are still together, and have been for a while, and they know how to win football games.”