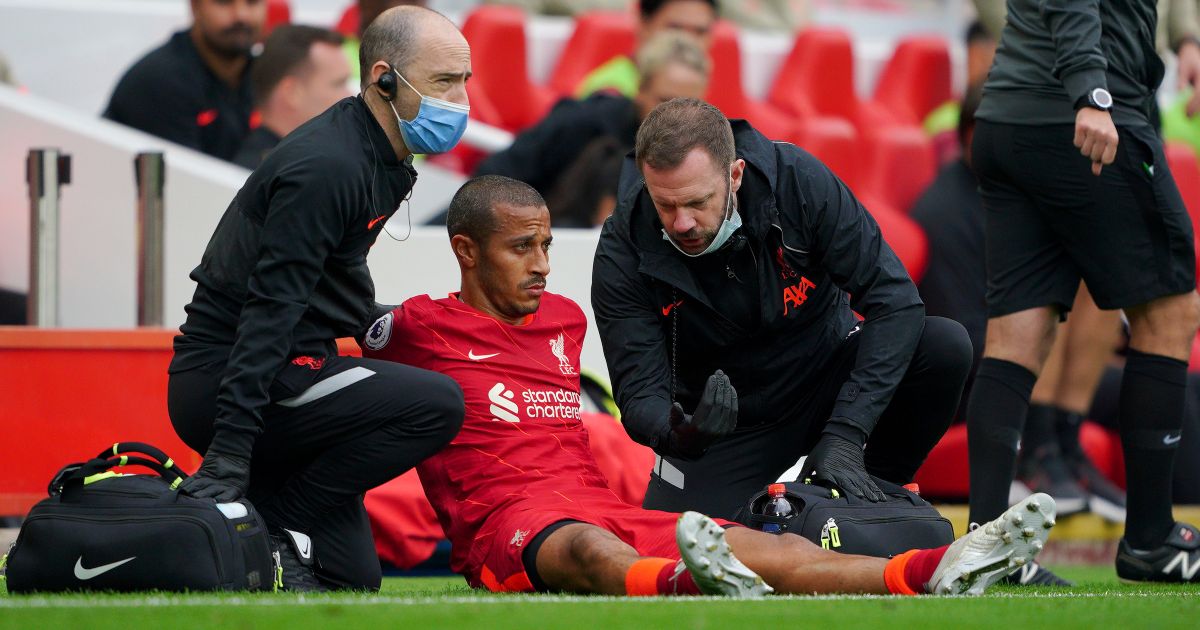 Jurgen Klopp says Liverpool midfielder Thiago Alcantara should be back after the international break, while Naby Keita could be back sooner.

Thiago is recovering from a calf injury, while his fellow midfielder Keita will also miss the match against Brentford on Saturday after kicking the grass against Norwich City.

Asked when the Reds fans could expect to see Thiago back, Klopp told reporters: “After the international break probably. I don’t think anything earlier is possible so we will have to see.”

On Keita’s injury, Klopp added: “Nothing really serious but it keeps him out of the next game for sure and maybe a little bit longer. It’s obviously painful but it’s not cool when players have a good pre-season and are now out.”

Brentford have made a great start to life in the Premier League this season, taking eight points from a possible 15, and Klopp knows what to expect from Thomas Frank’s side tomorrow.

Klopp added: “Absolutely great. I watched the press conference of Thomas Frank and it was like one of the most entertaining things I watched for the last few years. It was really good.

“The football they play is incredible and the organisation is incredible so Thomas and Brentford is doing an incredible job. They show even with less money you can create something really special.

“They are incredibly well-drilled football team. Everyone knows what to do, everyone is ready to make the extra yard. I saw them celebrating after the Arsenal game which was absolutely great to see how much it meant to them and we know what we have to expect them.

“The whole team defends like it’s the last game of their lives and that is really impressive. Congratulations on that so far. The start they had is really good and I’m pretty sure they are not satisfied yet.

“It will be an interesting game because two really lively high intense teams will face each other. The home team has the crowd on their back and we have to make sure that we can calm the atmosphere a little bit down only for that day because apart from that I am completely fine that they have the best season of their lives because I really like what they do.”