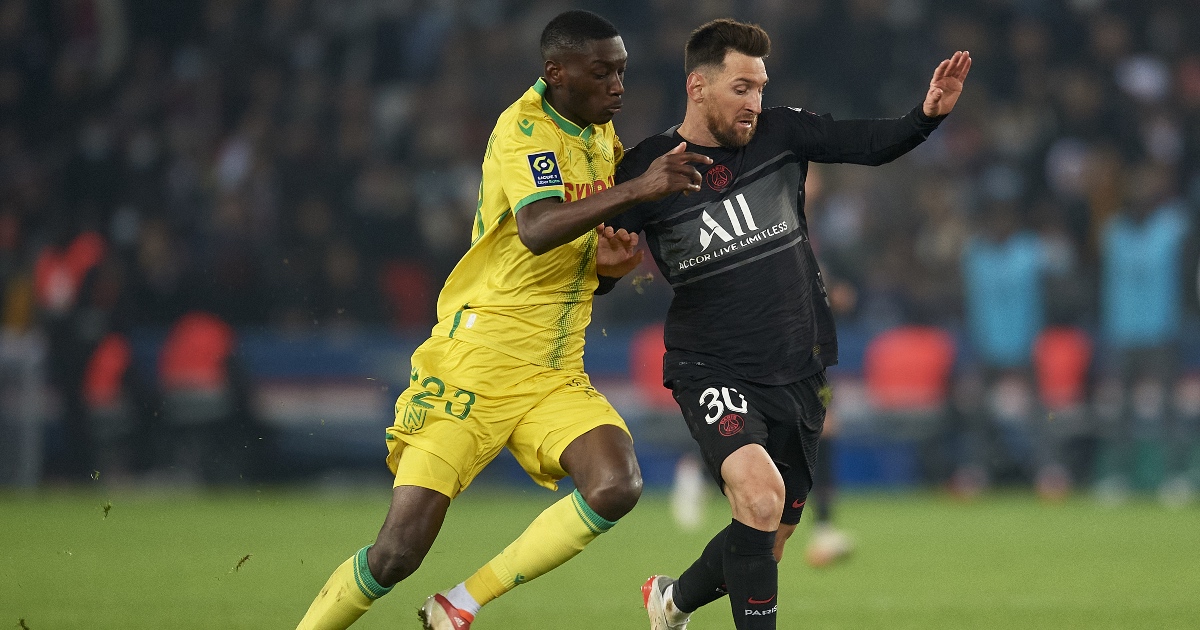 The Liverpool boss is keen to bolster his forward options with Mohamed Salah, Sadio Mane and Roberto Firmino all with less than 18 months remaining on their current deals, and Divock Origi’s contract expiring at the end of the season.

It was reported in the gossip that the Reds could look to sign Porto star Luis Diaz in the current window, though that seems unlikely, and a summer bidding war for the £60m man in the summer could put them off.

But according to Bild (via Sport Witness), Klopp is keen on Kolo Muani, who’s scored seven goals in 17 Ligue 1 starts this term, with the Liverpool boss looking for a new striker for ‘some time’.

The 23-year-old’s current Nantes deal expires at the end of the season and Klopp believes the Frenchman ‘fits the profile’ of players Liverpool are looking for in the transfer market.

Kolo Muani is also wanted by AC Milan and Eintracht Frankfurt; the German club have been trying to sign him for a year but are yet to meet Nantes’ valuation.

The strikers agents are currently reviewing a long-term contract offer from Eintracht Frankfurt and they are said to see that as the ‘best sporting prospect’.

But the Bundesliga side will have to ‘fight with Klopp’ and seemingly the player’s family, who ‘really want to collect cash’.

They are said to be willing to hold out for a potential offer from Liverpool or another European giant in order to land a bigger contract.

Meanwhile, Virgil van Dijk is refusing to give up on the Premier League title.

He said: “It’s never difficult to believe. It’s a big gap. They [Man City] have the title to lose at the moment, but anything can happen still.

“Unfortunately we’ve been there and we had a gap out in front, and we gave it away.

“Anything is possible. We will focus on ourselves, Chelsea will focus on themselves. We just have to get results. Get results, play good football, win games.