Home All The News Klopp to ‘see what happens’ over Salah; Ings may start 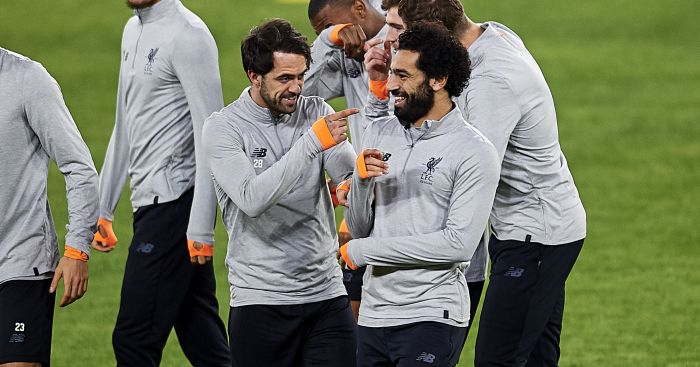 Liverpool will give Mohamed Salah every chance to prove his fitness for Saturday’s Merseyside derby against Everton.

The Egypt forward, who leads the race for the Premier League’s Golden Boot with 29 goals, was withdrawn with a groin problem against Manchester City in the Champions League in midweek.

Klopp said: “I don’t want to give anything away and I want to wait.

“It makes no sense to talk about what we do with boys in rehab but we’ve tried everything to make him available. There are 23 hours to go so let’s see what happens.”

And Klopp gave a big hint that Danny Ings could start in the derby when asked if the striker was in contention, he said: “Danny is in good shape. I won’t guarantee but it doesn’t look too bad that he will start tomorrow.”