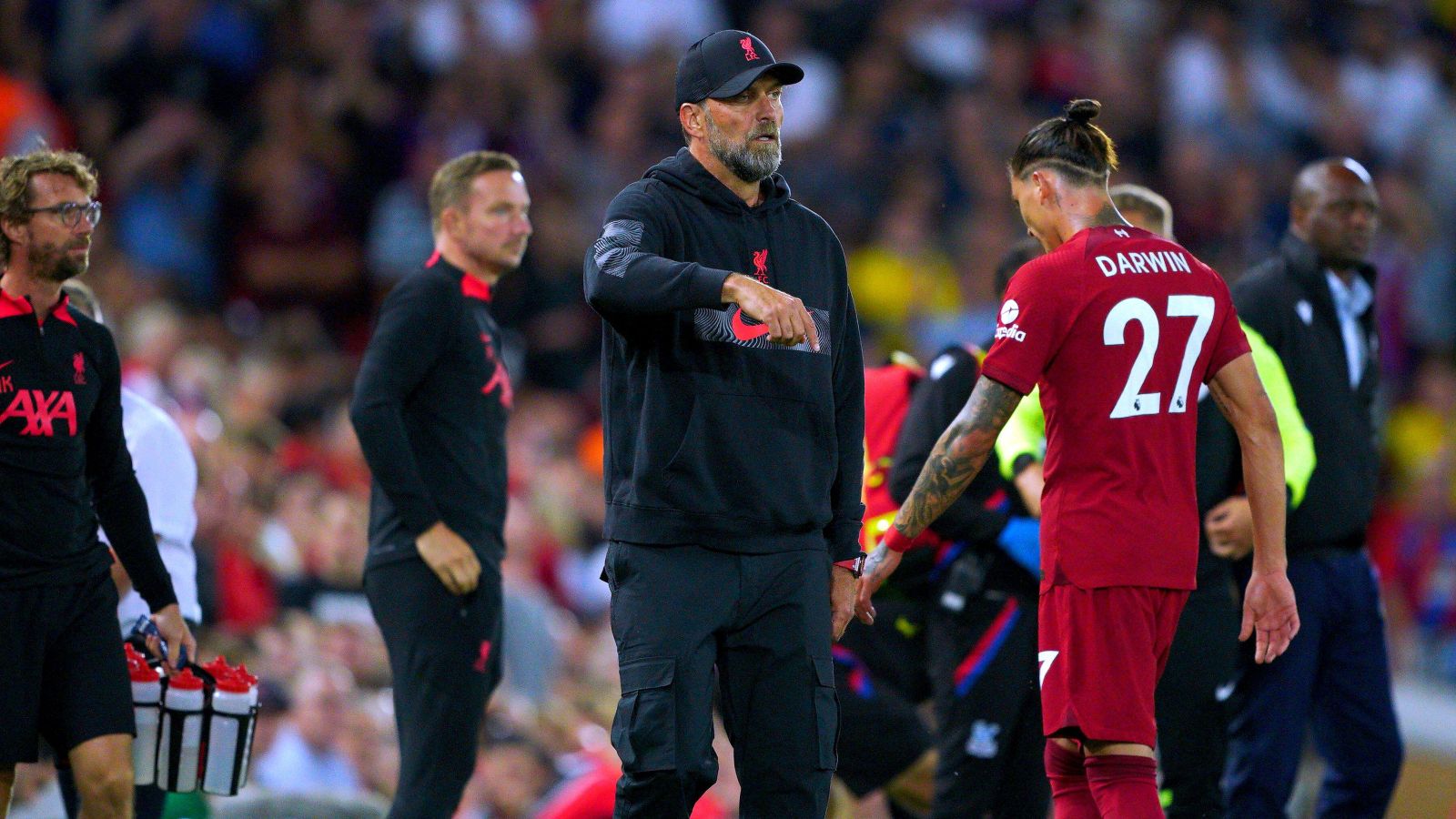 Jurgen Klopp has been encouraged to name Liverpool forward Darwin Nunez among his substitutes when they face Everton this weekend.

Liverpool paid a fee that could rise to £85m to sign Nunez earlier this summer from Benfica.

He was questioned at times during pre-season, which is baffling given that friendlies are given that name for a reason.

Nunez put in a very encouraging showing against Man City in the Community Shield, though this was undermined by him getting sent off in his Anfield debut against Crystal Palace last month.

The striker was wound up by Palace’s Joachim Andersen, who was on the end of a headbutt by a petulant Nunez.

The Liverpool star is now back available ahead of their Merseyside derby against Everton at Goodison Park on Saturday afternoon.

Club legend Dietmar Hamann thinks it would be wise to leave Nunez on the bench this weekend:

“Well he signed a five year contract so he will have to play at some point. I’m sure the manager would have had a word with him,” Hamann told GGRecon.

“It doesn’t matter where you play, whether it’s England or Portugal, you’ve got to control your emotions. It was a daft thing to do and getting himself a suspension when he’s just come to the club has delayed his implementation into the team.

“Would it be a bad idea to put him back in the team at Goodison Park? If you ask me now, I wouldn’t be surprised if he started on the bench.

“One thing that’s for sure is that if he does come on at some stage then the Everton players will try to wind him up. It may not be a bad idea to leave him on the bench for this game.”

Without Nunez, Liverpool scored a late winner against Newcastle United last time out to win 2-1.

“There’s been a lot of talk about Harvey Elliott who scored a very good goal against Bournemouth, but from what I’ve seen already of Fábio Carvalho, I believe he can be a very important player,” Hamann added.

“The way he played reminds me of Philippe Coutinho and he’s an exciting player. Both he and Harvey Elliott are really exciting players but you have to give them time.

“You shouldn’t expect too much of them too early as it can hinder their progress. To have two players that are making an impact at a club used to success, then that’s really exciting to see.”