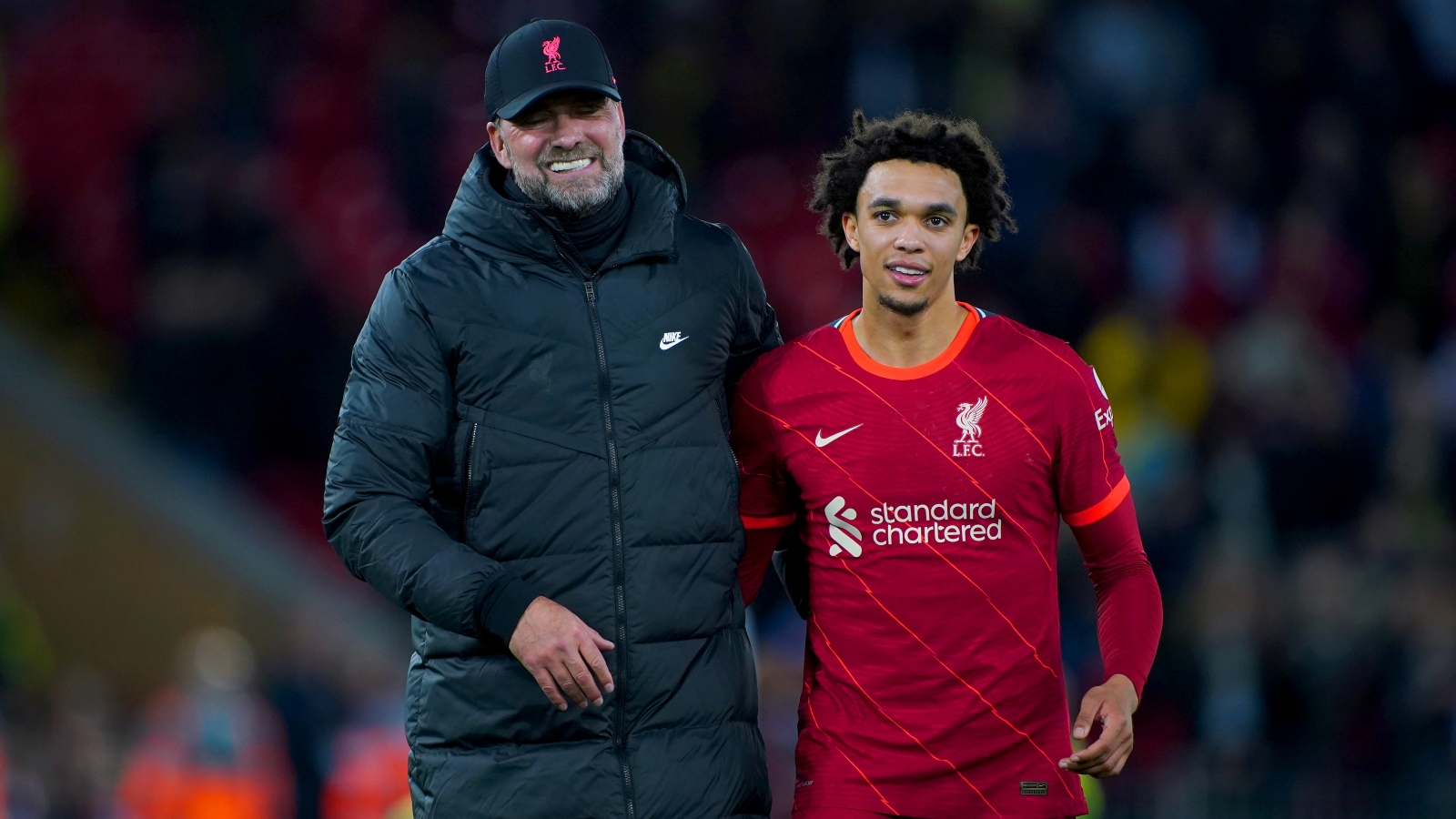 Liverpool right-back Trent Alexander-Arnold will miss weeks of action due to a hamstring injury, Jurgen Klopp has confirmed.

Alexander-Arnold’s absence will see him miss England’s friendlies against Switzerland and the Ivory Coast this month.

Tuchel, Klopp are the ‘dignified’ leaders of the Premier League

“Trent is out with hamstring so he will not be part of England as well,” said Liverpool manager Jurgen Klopp, speaking ahead of his side’s FA Cup quarter-final at Nottingham Forest on Sunday.

“No good news so we will see how long that takes.”

Asked if he was looking at weeks out rather than days, Klopp replied: “Yes.”

On how he will replace Trent in the Liverpool team, the German manager stated (via liverpoolfc.com): “[It’s] tricky, now we will see how long it will take but of course it’s… to replace Trent is difficult, but possible.

“We always did it. We have Millie when he is then not ill anymore, we have obviously Joe and, theoretically, we can change system as well, so we have these kinds of things.

“We have a couple of options. You are right, [he’s] very influential. But if you have a look in the past when Millie had to step in, he did incredibly well. Incredibly well.

“He just has to be available, then that’s fine. But what we do or how Millie will be for Sunday, I don’t know at the moment.

“If not, then maybe we have a very young solution, which is fine as well or Joey as well. We will have a look.

“The way he plays, I don’t know any player in the world who plays like Trent to be honest, that would be difficult to find a one-to-one replacement.”

Liverpool are one point behind Premier League leaders Manchester City in the title race. Their next game in the league is at home to Watford on April 2.