Home All The News ‘He’s unhappy with football’: Lawro sympathises with Klopp 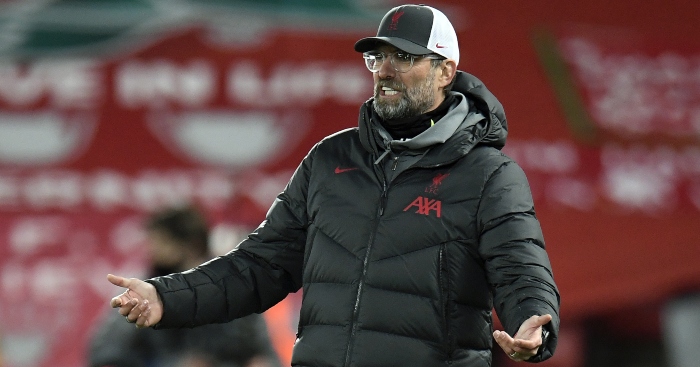 Liverpool beat Tottenham 2-1 to move three points clear at the top of the Premier League thanks to a stoppage time winner from Roberto Firmino.

But Klopp has been criticised for his demeanour this season and he again appeared riled by the comments from Mourinho after the final whistle.

MEDIAWATCH: How ‘on their knees’ Liverpool will win title by default

And Lawrenson admits the German doesn’t look at all happy.

“I think at the moment, although they won last night and he’ll be delighted with the way they won, he doesn’t look happy with football,” Lawrenson told talkSPORT.

“There’s VAR, and everybody has peeved about VAR, the lack of fans, and the big thing is the five sub rule.

“I think he’s got a point and everyone will come round to that. When he first said about having five subs I thought no, it just makes the stronger teams even stronger.

“But when you look at football now and the amount of games we’re having, they’ve had the whole European group campaign in about four of five weeks, which they’ve had to do, as well as league and cup games – it’s mad.

“So I think this could be a special year and I do think they should bring it in.

“And the things with fans, without spectators the game is just completely different. Even last night with 2,000 at Anfield it’s just very, very strange.

“Klopp, Mourinho, They want a perfect world and they want to win every week, all managers are the same.”