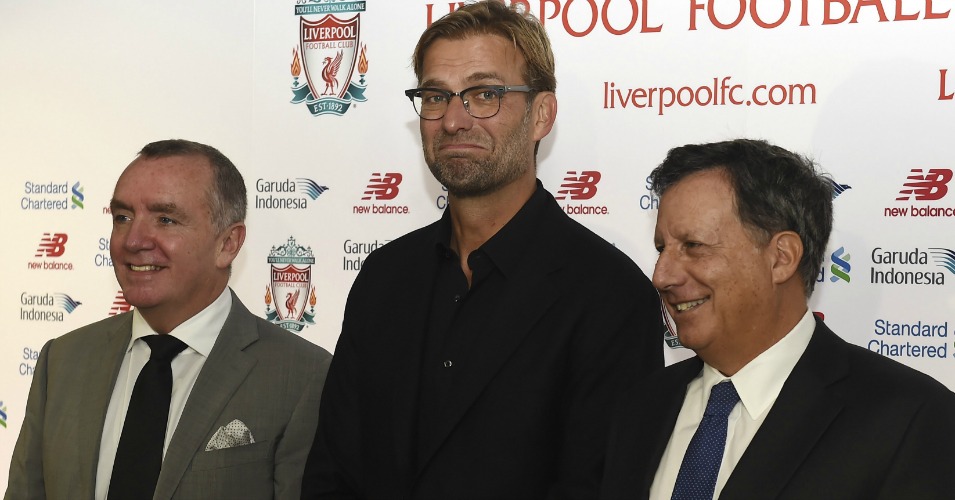 Jurgen Klopp has outlined his ambition to stop Liverpool fans concentrating on their “history” by providing a bright future at the club.

You can read excerpts from Klopp’s first interview as Liverpool boss here and here, but the German wasn’t done there. Attention soon turned to the fabled transfer committee which some feel failed his predecessor Brendan Rodgers.

Many had reported that Klopp was unwilling to work under such a structure, but, speaking to LFC.TV, the German allayed said fears.

“It’s a really funny thing. It was absolutely no problem between FSG and myself, we talked about this. It’s nothing. If two smart, intelligent, clever guys sit together on a table and you both want the same, where can be the problem?

“We all want to be successful. The only thing for me is to have the first and last word. I don’t want to spend money the club doesn’t have, I don’t want to hold a player that doesn’t want to stay. I have to work all day with these guys.

“Nobody will sell a player I want to work with, even if it’s a good deal. Nobody wants to transfer a player without my ‘yes’. So everything is OK, I don’t need more.

“My two brothers from Mainz. They are football maniacs,” Klopp said.

“They work pretty hard and they are my perfect partners in this job, because as a manager you always have to make decisions and always have to think about so many different things.

“In my opinion, it’s very important that you have somebody you can talk to. We can talk about everything. I make the decisions, of course, but I need very good people around me.

“Not only these two guys – I’m really looking forward to meeting the rest of the LFC staff, I want to learn from them and use their power. Of course, that will take time, when I know what they are all able to do.

“At the moment, we start with these three guys; we have Pep [Lijnders, first-team coach] and John [Achterberg, goalkeeping coach] in our training team, two Dutch guys. It’s the first time I’ve worked together with Dutch guys – it’s not so far away from Germany so we will see, maybe we can talk in German! I’m looking forward to it.”

Finally, Klopp was asked to discuss what his short-term and long-term goals at Anfield were.

“Success,” he replied. “When you work in Germany, of course, I was watching British football but I’m not so inside that I know what you have to reach.

“There’s Manchester City, Manchester United, Chelsea, Arsenal, Tottenham – they want to be successful in the table. Why should they reach what we don’t? It’s important what we can do together to change our situation.

“At the moment, all of the LFC family is a little bit too nervous, a little bit too pessimistic, too often in doubt. They all celebrate the game, it’s a great atmosphere in the stadium, but they don’t believe at the moment. They only want to see five years ago, 10 years ago, 20 years ago. History is great but it’s only to remember. No, we have the possibility to write a new story if we want.

“For that, we have to clear a few things. Maybe we can do that in the next few weeks. [We want to be] as successful as we can be. I’m not the guy to say ‘this year will be the best year in the history of LFC’. If it happens, we can celebrate. If not, we have to work further.”