Home Liverpool Klopp: We have a new midfielder (it’s Milner) 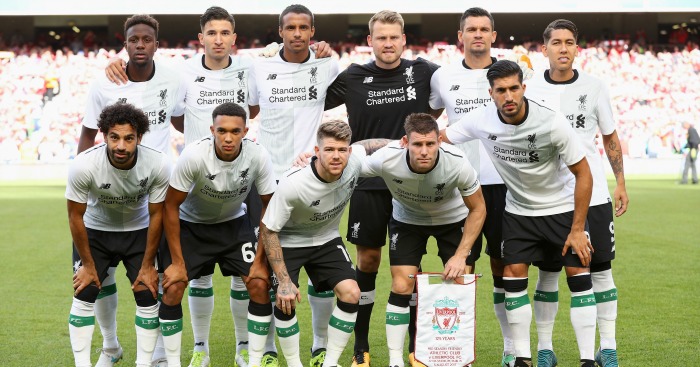 Liverpool are still eyeing new transfer targets ahead of deadline day, according to manager Jurgen Klopp.

New talent and players returning from injury has given the Reds a pre-season boost, but the German is not ruling anything out in the transfer market.

Lallana will be ruled out until the end of September and will miss Premier League clashes with Arsenal and Manchester City.

The Liverpool boss said: “Until the 31st of August we run through the world with open eyes.

“It’s not that we decide on our own, it’s also about other clubs.

“This pre-season has brought us new players. Alberto Moreno is 100 per cent back which is really nice after a difficult year.

“Andy Robertson has shown all the skills he’s got. He’s still adapting to our kind of football but you can see what a threat he can be offensively.

“That means that Millie (James Milner) is free to play in midfield. Without going into the transfer market we have a new midfield player, which is nice.”

Roberto Firmino won and scored a penalty for Liverpool before Inaki Williams equalised for Bilbao, with Klopp then choosing to make wholesale changes save for goalkeeper Simon Mignolet at half-time.

Welsh forward Ben Woodburn struck in the second half against the Spaniards and then Liverpool’s third goal was scored by Dominic Solanke.

Klopp was touched by the atmosphere in Ireland during a “special” evening for the club despite one fan taking it too far by attempting to take a selfie with Mane mid-match, before he was quickly ushered off the pitch by stewards.

Klopp said: “It was really special today, I have heard about it – that Dublin is quite an LFC city – but it is completely different to feel it.”

Striker Firmino was sharp, winning and converting a penalty to open the scoring on 21 minutes despite established penalty-taker James Milner also being on the pitch.

Bilbao drew level on 30 minutes after Williams cut onto his left foot and finished calmly past Mignolet.

New signing Mohamed Salah was involved in most Liverpool attacks and tried a shot towards the far corner from a challenging angle while his trickery helped to confuse Atheltic’s defence.

Just before the hour mark, Solanke produced a dangerous run and pulled the ball back to the edge of the box where Woodburn twisted it onto his left foot and smashed home.

The pair then reversed roles 20 minutes later to end the game as a contest, with a pinpoint cross from Woodburn finding Solanke’s head in the 79th minute, and he made no mistake.