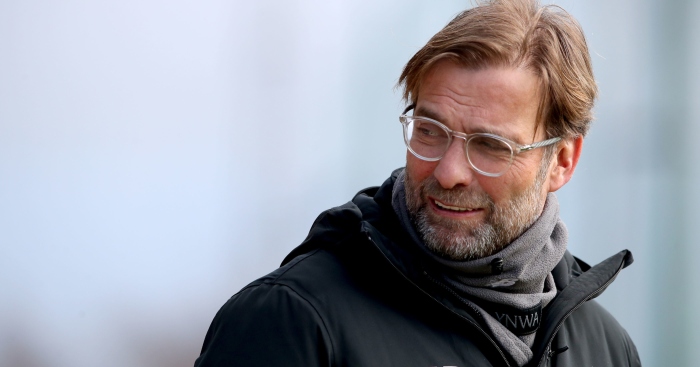 Jurgen Klopp has no doubt Liverpool fans would prefer winning the Premier League to the Champions League ahead of their European tie with Bayern Munich.

The Reds, who were last crowned English top-flight champions in 1990, are second in their domestic league on goal difference behind Manchester City, who have played one game more.

A trip to fierce rivals Manchester United awaits on Sunday but the Merseyside outfit’s immediate focus is on Tuesday’s Champions League last-16 first leg against Bayern at Anfield.

Klopp knows what his club’s supporters would choose if they had to decide between the two competitions, but the Reds boss is determined to target victory in both.

“It’s difficult for me to answer the question, but if you would have to decide, for all Liverpool fans it is the Premier League, that is clear, we know that,” Klopp said at his pre-match press conference on Monday.

“But now we play Champions League and I think we all expect we will do our best tomorrow night. And thank God we don’t have to make that decision.

“The only thing we can do is give it our all and play very passionate, lively football, the football people expect when they come to Anfield.

“We expect a good atmosphere but we know about the part we have to play. But it will be outstanding tomorrow night.

“I have experienced it now a couple of times, that our crowd is really able to push us from 100 to 120, 130, 140 per cent. It happened here from time to time, and hopefully tomorrow night again.”

The German was asked on Monday how much he loved the city of Liverpool and the club, and said: “Very much, and much more than I could have expected because you never know.

“The best thing of all the things we did so far since we are together is we are a real competitor again. That of course is not enough but it is for sure a very important step.

“For people to think we can beat Bayern is a big thing, but in the end we have to prove that. The story so far is a nice one, but not finished yet.”

Tuesday’s game against Klopp’s old rivals Bayern – the Bundesliga champions for the last six years, who are currently second behind Dortmund – is part of a huge week for Liverpool.

Sunday’s trip to Old Trafford is followed by a midweek home game with Watford before an away derby against Everton on Sunday March 3.

“Game by game – we cannot think about it in a different way,” Klopp said.

“We had only tough months this season. It’s always tough, we have to be ready for that and hopefully we are. And we have to be focused 100 per cent on the game tomorrow night, otherwise we don’t have a chance.”

Liverpool go into the first leg with key man Virgil Van Dijk suspended. Klopp has addressed how he will cope with the absence.