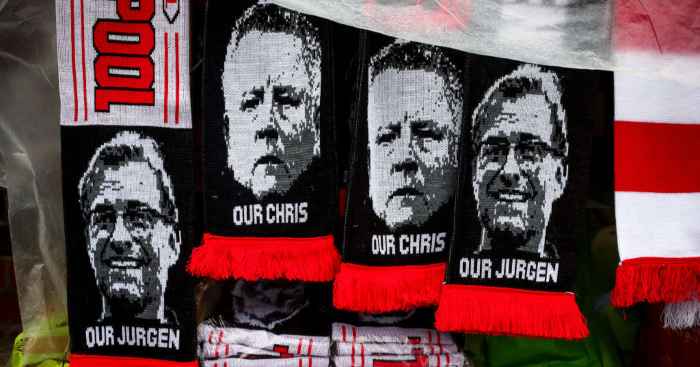 Well that sure was a Premier League season that included Jurgen Klopp and happened across the years 2019 and 2020. Too much so, in fact. On both counts.

We started with two Premier League-winning managers in the dugout and ended with four; Pep Guardiola was the only constant.

We started with fans in stadiums only beginning to learn not to celebrate goals until the ball was back in the centre circle and ended with no supporters whatsoever.

We started with a clean shaven Mike Dean and ended with one against whom the weans have been turned.

It was a season from which there were undeniable winners and unquestionable losers. And, for those of us who can’t be arsed to read loads of words, video formats that combine the two.

So join host Mark Smith and deputy editor Matt Stead as they remember the campaign that was and kept on being for ages until it finally stopped and let us all breathe and see our loved ones again.

Liverpool and Jurgen Klopp are easy enough winners by literal definition. Will next year be their year once more?

Or can veritable losers Manchester City and Guardiola close that gap? Matt doesn’t think they’re as far behind as the final table would suggest. If only they had some money to spend.

Chris Wilder takes his place in the winners section for being bloody brilliant, and he will presumably talk the ear off Bruno Fernandes and Derby bottler Frank Lampard while he is there. Jack Grealish and Aston Villa can come along, too, while Roy Keane watches furiously.

Alongside City in the losers is the abstract concept of Eddie Howe and Watford. The in-depth discussion on the latter is a particular treat.

But enough rambling to hit a word count and please the SEO overlords. If you would be so kind, please watch the latest F365 Show, like, share, subscribe and leave a comment about wanting Winty back.