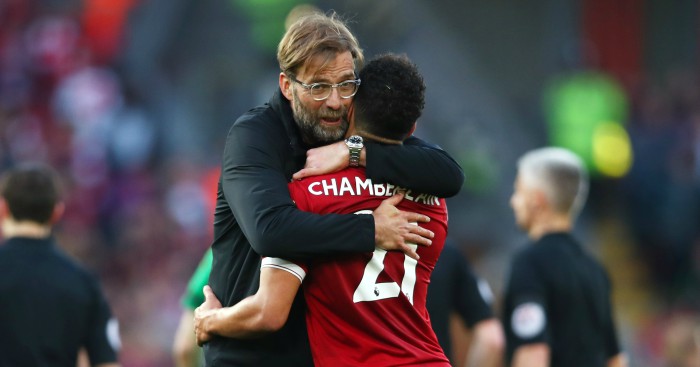 Jurgen Klopp says Alex Oxlade-Chamberlain’s injury is “not fair” but the Liverpool boss has sought to reassure the midfielder.

Oxlade-Chamberlain sustained knee ligament damage during the 5-2 victory over Roma in the Champions League semi-final first leg at Anfield on Tuesday night.

The injury will keep the midfielder out for the rest of Liverpool’s season while also ruling him out of England’s World Cup campaign.

Klopp was asked to sum up his feelings about the blow during his press conference to preview Saturday’s visit of Stoke.

“I have no words,” he said. “Life is not fair sometimes.

“But it’s like we say. If you get a lemon, make lemonade.

Klopp urged Liverpool and Roma fans to ‘behave’ in Italy next week, while also discussing Rangers’ interest in Steven Gerrard.