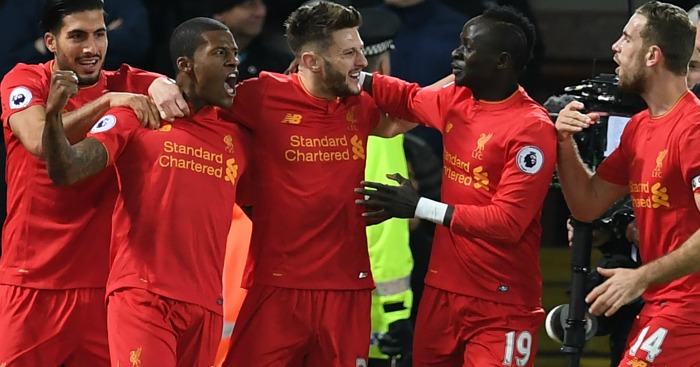 Five minutes. Having apologised for his excellent English and proclaimed himself ‘the normal one’ to the delight of the gathered media, it took just five minutes for Jurgen Klopp to understand that there were three parties he would have to please to become a successful Liverpool manager: The players, the fans and the press.

His predecessors had failed to pull off the trick. Brendan Rodgers found a harmonious relationship with all three, but never at the same time, and certainly not for long enough. Kenny Dalglish had the immediate adoration of the fans and players, but struggled to manage the press, with Rafael Benitez walking a similar tightrope. Roy Hodgson failed to make any friends at all.

It felt different when Klopp was appointed in October 2015. But it was at his unveiling that he was able to sample his first true taste of the British press.

“If we sit here in four years I think we’ll have won one title – I’m pretty sure,” was the German’s tentative message towards the end of his first Anfield press conference. He was talking about winning one piece of silverware – the Europa League, the FA Cup, even the Capital One Cup – but the subsequent headlines proudly bore the same badge of wilful ignorance: ‘Klopp targets Premier League title.’

From that moment, the rod that the manager inadvertently made for himself has rested awkwardly against his spine, proving a nuisance even in times of prosperity, and applying added pressure in times of struggle. When Liverpool are in sync, Klopp is forced to douse the burning embers of title hope; when they are out of tune, he has to fight the raging flames of catastrophe.

In this, the season of manufactured crisis, that point has been amplified. The Reds are one point behind fourth-placed Arsenal – who themselves are in the midst of supposed crisis – and just three and four points separate them from Manchester City and Tottenham respectively. They are one point and one place ahead of Manchester United in the race for the Champions League qualification spots, yet only one of those sides have returned to their ‘glory days’.

Klopp knew the perils of the media from day one. “The Premier League is one of the most difficult in the world,” he said at his unveiling. “There’s five, six or seven clubs that can be the champions. Only one can win and all the others are disappointed and live in the middle of disaster.”

Those views have proved prophetic 16 months later, as assorted pundits, journalists and former players queue to examine and exaggerate Liverpool’s current problems. Ian Wright blames the lack of a winter break; the Echo’s James Pearce believes the players ‘have an attitude problem’; Jamie Carragher reckons the squad is not strong enough; Jason McAteer thinks Liverpool are too soft. Everyone has an opinion, and none make for comfortable reading.

This week has been no different, the defeat to Hull the latest setback of the new year. Twitter is bursting with graphics that show Klopp’s record in his first 54 Premier League games at Liverpool mirrors that of Rodgers. But while one of those managers inherited Luis Suarez, Steven Gerrard, Carragher, Daniel Sturridge and Raheem Sterling, the other inherited a club in disarray. Klopp has overseen drastic upheaval while keeping the Reds competitive. Only one Premier League club (Chelsea, 41) saw more outgoings last summer than Liverpool (32), who generated the most in player sales.

Klopp knew the size of the task even before his arrival. In the months before his appointment, he stated that his next post “doesn’t have to be an absolute top club”, and that “there are other good projects that are exciting, teams who need help”. And therein lies the truth: Liverpool needed help, and they still do. They did not employ someone to look after the Mona Lisa, they brought in someone who could create a masterpiece of their own from scratch. A difficult winter has been a setback to planning, but the “project” was already way ahead of schedule in the autumn.

For some, that will never be enough. Klopp is expected to deliver instantly by a minority of fans and the majority of the media. Yet Liverpool’s recent title challenges are the exception to the Anfield rule; in the last eight seasons, the club have finished second as often as they have finished sixth, seventh and eighth – twice each. They have qualified for the Champions League once in the last six seasons (and rested players at the Bernabeu in that fabled campaign), yet failure to improve upon that record this season would be perceived as a failure.

Those expecting the impact to be immediate learned no lessons from Klopp’s revolution at Dortmund. They finished sixth and fifth in his first two Bundesliga seasons before delivering the title, yet the only thing remembered from his tenure is the finished article, not the numerous necessary rewrites. Many were demanding the happy ending, forgetting that the necessary foreplay would take time.

“Please give us time to work on it,” he would add, but he has soon learned that patience is a virtue unheard of on these shores for a Premier League manager. Liverpool have had at least one and often more of their regular first teamers unavailable since November, are unbeaten in the ten league games Joel Matip and Dejan Lovren have started together, and remain the Premier League’s top goalscorers. For a side with issues in goalkeeping, defence, midfield and attack, and for whom Lucas is their back-up centre-half, they’re faring rather well.

The claim is that the club are struggling to walk through the storm brewing over Anfield; if only there was some sort of song which describes how they would deal with such a forecast.

The majority of fans remain happy with the manager, and the players most certainly do, but Klopp’s aura of infallibility has been removed. The man declared the Messiah has shown a vulnerability in recent weeks. There is no gloss that can add a shine to one victory in ten games, nor to a title challenge that has morphed into a top-four battle. Liverpool have indeed faltered for over a month, yet this is no disaster or crisis. It is hard work, but a work in progress, and Klopp never promised anything more.