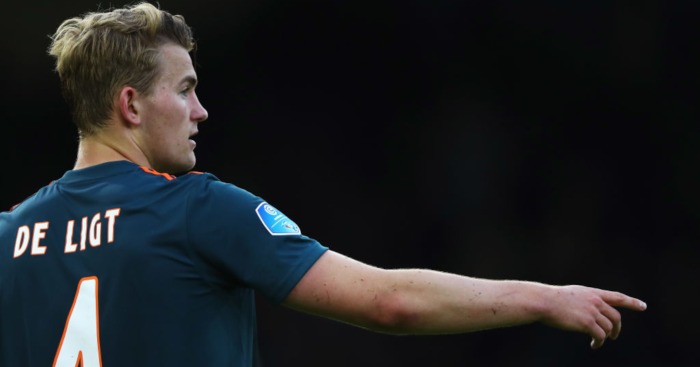 Liverpool have been linked with a move for Matthijs de Ligt as the Ajax defender revealed that he has “one option” that is “better” than the others.

De Ligt to Manchester United is one signing we would love to see this summer with the most recent reports indicating that the Red Devils are ‘determined to spend a lot of money’ this summer on De Ligt and other players.

The Netherlands international has not only been linked with a move to Old Trafford but also heavily with Barcelona, who are still the favourites to sign the centre-back.

And De Ligt has now claimed that he has “several options” on the table with “one option” the most logical.

“I am very excited about what could happen in the near future. I am also trying to stay calm, though,” De Ligt told RTL4.

“I view this as a challenge — that is the most important thing.

“There are several options and I really want to pick the best one. Logically, one option is better than another.

“Life abroad could be difficult, but I am still an ordinary Dutch guy, I am no different to the others. Perhaps living abroad will be more intense for me.”

In other reports on Tuesday, German newspaper Bild have suggested that Liverpool may sign De Ligt following their Champions League success.

The report says that a deal for De Ligt would be Jurgen Klopp‘s ‘next triumph’ after leading them to a 2-0 victory over Tottenham in Madrid on Saturday.

Bild reporting that «de Ligt could be Klopp’s next triumph”

Will Man UTD lose the player to Liverpool? pic.twitter.com/URt3Y8zaZ1