But as Justin Kluivert is a Mino Raiola client, we are expecting a Man United move. 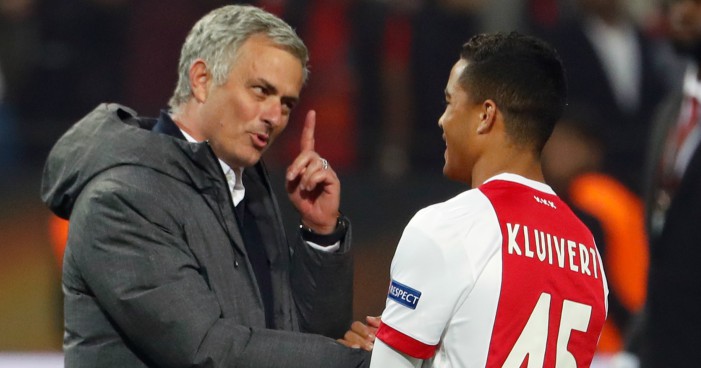 United have long been linked with the 18-year-old winger – particularly as his agent is Mino Raiola – but it seems his mind remains open.

Kluivert intends to stay in the Netherlands right now, but is also interested in a move to Spain.

“If you get a nice offer, you never know,” he told Helden.

“England appeals to me: Arsenal, Tottenham, Chelsea or Manchester United are nice clubs where I can see myself playing in a few years.

“Everywhere I go abroad they know my father, he often asked: ‘Come to Barcelona, I’ll give a tour of Camp Nou’.