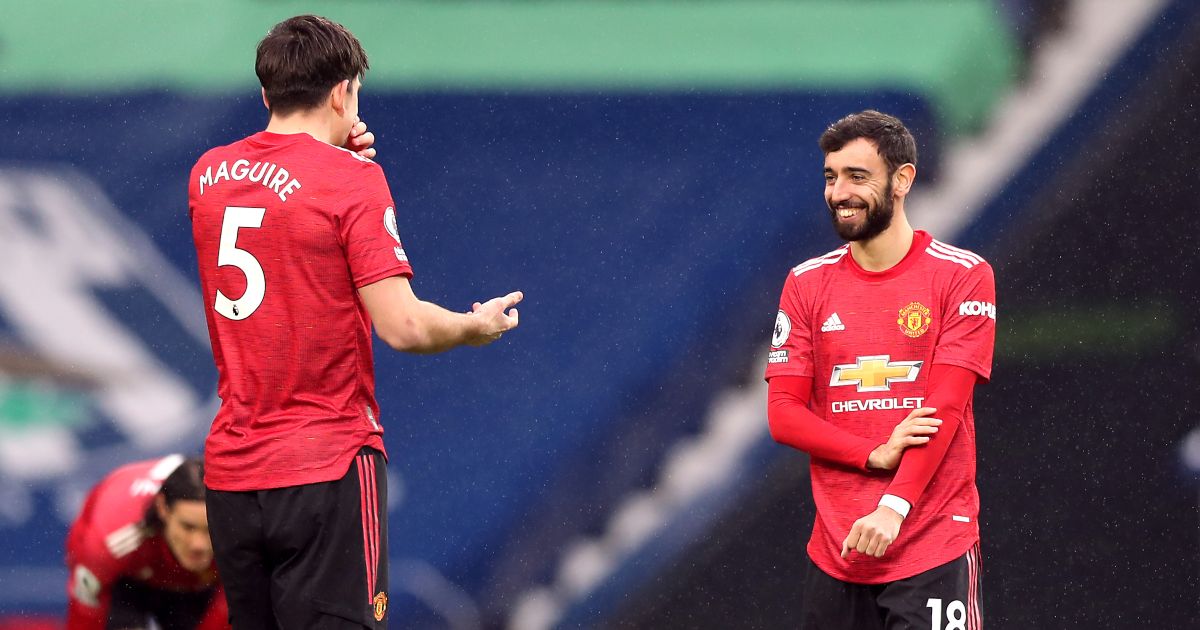 There are ten outfield Premier League players who played over 5,000 minutes last season for club and country. Which is a lot of minutes considering the season started late for most. We haven’t included the goalkeepers because, well, you know…

10) Vladimir Coufal (Slavia Prague, West Ham and Czech Republic): 5,068 minutes
This ridiculous right-back had already started six games for Slavia Prague when he arrived in east London and started 34 Premier League games for West Ham. Barring one Christmas game off (0-0 v Southampton) he played every single league minute after his arrival as David Moyes realised he had a machine on his hands. The Czechs over-rely on him too and it’s little wonder; he was absolutely brilliant at Euro 2020.

9) Victor Lindelof (Manchester United and Sweden): 5,085 minutes
Even though he was occasionally injured or dropped by Manchester United, he still logged over 4,000 minutes for his club as United continued their habit of getting to the latter stages of cup competitions but then coming up short. Although he missed all but one friendly for Sweden, he was generally available for a disastrous Nations League campaign and a Euro 2020 tournament that saw him emerge with his head high. “When he plays in a yellow shirt he seems a very different player to the one I see in a Man United shirt,” said Rio Ferdinand.

8) Harry Kane (Tottenham and England): 5,259 minutes
Tottenham definitely needed him for Europa League qualifying games against Lokomotiv Plovdiv and Shkendija, while he was barely ever substituted by Jose Mourinho in the Premier League even when Spurs were occasionally winning 4-0. He did get the odd rest with England but two 120-minute outings at Euro 2020 left him looking utterly shattered and due an ankle injury just in time for the Conference League starting in five weeks’ time.

Harry Kane was involved in the sequence of play for all but one of England’s goals from open play at EURO 2020. [Squawka]

His false 9 game is incredible. 🔥 pic.twitter.com/g5tSJhLgZs

7) Mason Mount (Chelsea and England): 5,301 minutes
Among Mount’s opposition in a ridiculous season for Chelsea that ended in two finals were Barnsley, Morecambe, Luton and Krasnodar as two managers over-relied on the 22-year-old. And then there were three as Gareth Southgate used him in 15 of England’s 20 (can that be right?) games in 20/21. But for his chat with Billy Gilmour, it might have been more.

6) Pierre-Emile Höjbjerg (Tottenham and Denmark): 5,486 minutes
Another member of our Euro 2020 XI, Höjbjerg was exceptional as a box-to-box midfielder and never missed a minute for his country. That would come as no surprise to Spurs fans who watched him play every single Premier League minute for Spurs in a season that also saw him feature heavily in a long Europa League campaign and a Carabao Cup run that ended in a Wembley final. He must be absolutely knackered now.

11 – Pierre-Emile Højbjerg created 11 chances in open play at EURO2020; second only to Jordi Alba and Marco Verratti (both 12), while only Steven Zuber (4) assisted more goals than the Dane (3). Nucleus. #DEN #EURO2020 pic.twitter.com/6ofFqP4lYr

5) Bruno Fernandes (Manchester United and Portugal): 5,509 minutes
Let’s face it, he was dogsh*t at Euro 2020, losing his place in the side after the 4-2 defeat to Germany in the group stages. In truth, he has never really excelled for Portugal, where he plays literally and metaphorically in the shadow of Cristiano Ronaldo. It didn’t help that Manchester United had ludicrously overplayed him during a long and tiring season, most notably in the second leg of a Europa League clash with Roma that United were leading 6-2.

4) Andrew Robertson (Liverpool and Scotland): 5,532 minutes
Thankfully, Liverpool got nowhere in the domestic cups because he was overworked in the Premier League and Champions League, with Robertson playing 4,319 minutes for his club while new signing Konstantinos Tsimikas logged only 225 minutes. And being Scotland’s best player means he is rarely given a day off in blue. It’s a shame his Euro 2020 campaign ended before he could edge over 5,600 minutes and past this potential Liverpool teammate…

3) Youri Tielemans (Leicester City and Belgium): 5,565 minutes
One more reason to add to the many that would make Tielemans an excellent signing for Liverpool is his reliability. He started all but one Premier League game (a little Christmas substitute appearance in a Crystal Palace draw) while playing every single minute on the way to the FA Cup final and most of the minutes in the Europa League. It’s little wonder Roberto Martinez gave him a little Euro 2020 rest v Finland.

The numbers from Youri Tielemans’s league career at #LCFC. pic.twitter.com/a8dUMKuapu

2) Harry Maguire (Manchester United and England): 5,584 minutes
Missed nine of England’s 20 games this season, which illustrates just how heavy his workload has been for Manchester United. He was among those playing in the Carabao Cup against Luton and in the Europa League against Roma when the tie was long won. Eventually he succumbed to an ankle injury that saw him miss the Europa League final and left him starting Euro 2020 late. He was still absolutely brilliant though.

1) Ruben Dias (Benfica, Manchester City and Portugal): 5,878 minutes
Dias had already played three full games for Benfica before he landed in Manchester to single-handedly save City’s season. He actually only started 32 Premier League games but he missed only a handful of matches as City reached the finals of two cup competitions and the semi-finals of another. Add 15 games for Portugal – the vast majority for 90 minutes – and you have a machine. A machine that was the FWA Player of the Year.