Home All The News Koeman accuses O’Neill of ‘killing’ McCarthy 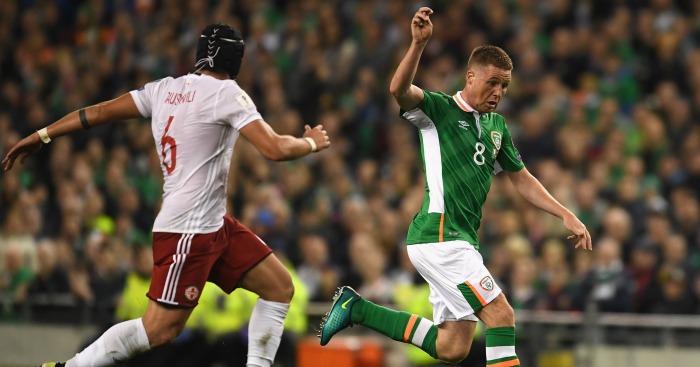 Toffees boss Koeman – whose impact at Everton has been analysed by Daniel Storey -is unhappy McCarthy played almost two full games in four days after only recently returning from a groin operation.

The 25-year-old had been sidelined for six weeks and is now doubtful to face Manchester City on Saturday.

“When James came back from Ireland, the message from Everton’s medical staff was that he was massively overloaded,” Koeman said.

“It’s ridiculous that he has surgery, five to six weeks out, three training sessions, plays 90 minutes and then, after three days, he plays another 80 minutes.

“Play him for 45 minutes, 60 minutes, but not 95 minutes after five to six weeks out. The second time, 80 minutes! You are killing the player.

“Ireland know what I think about it. I hope for more protection for players in the future.”

McCarthy has not played for Everton since the 2-1 victory at West Brom on August 20, when he was substituted in the first half.

Ands Koeman added: “I don’t do this to my players at Everton, because you get injuries again. If you leave it up to the player to decide, then he’s in a difficult situation. You hope something like this would be solved by the understanding of the doctor of the Ireland team or the manager of the Ireland team.

“They asked him if he was ready to play. It’s very difficult for a player to say no because he’s in Ireland.

“I like to have a lot of international players, because it’s a very good experience. But you like to have a little bit more understanding for a player who has been out injured for five to six weeks.”