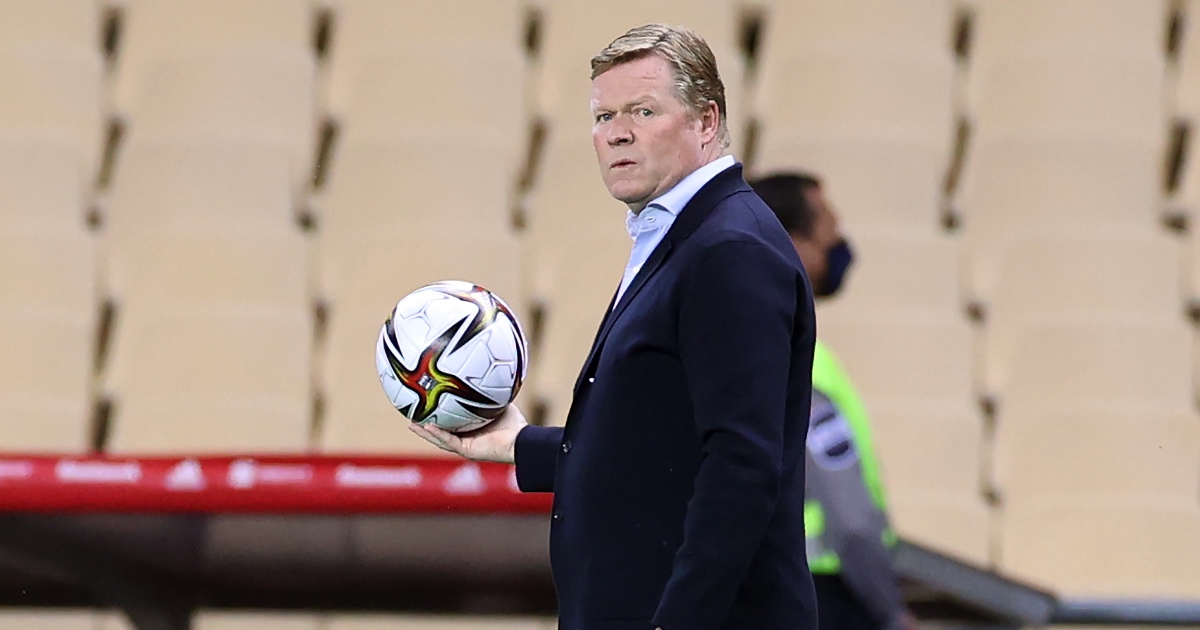 Barcelona manager Ronald Koeman claims club president Joan Laporta “was not wise” for openly discussing matters that should be talked about in private.

Koeman was appointed in 2020 and led Barcelona to third place in La Liga, while winning the Copa del Rey.

The Catalan club is in a period of real transition as they attempt to balance the books and cope with the departure of Lionel Messi.

With one year remaining on his current Nou Camp contract, the Dutchman’s future has been questioned amid reports of certain conditions he must meet to be offered an extension.

Koeman is said to believe the La Liga side are at least two years away from competing with the European elite – a view Laporta is said to disagree with, leading to conflict between the pair.

Speaking on his relationship with the president, Koeman told Marca: “My relationship with Laporta has improved, but last week something happened that I don’t think is right. He was suggesting that the coach doesn’t have all the power. He spoke too much and was not wise on two occasions.

“That can be done in private. I like it when a president is engaged and asks questions, it just shouldn’t happen in the press. That was the problem.”

And It’s claimed Fati was brought up by Mendes as he met with United bosses to iron out the details of Ronaldo’s sensational move to Old Trafford.

But those dicussions are described as ‘something normal’ and Barcelona have made it ‘very clear’ that Fati remains ‘non-transferable’.