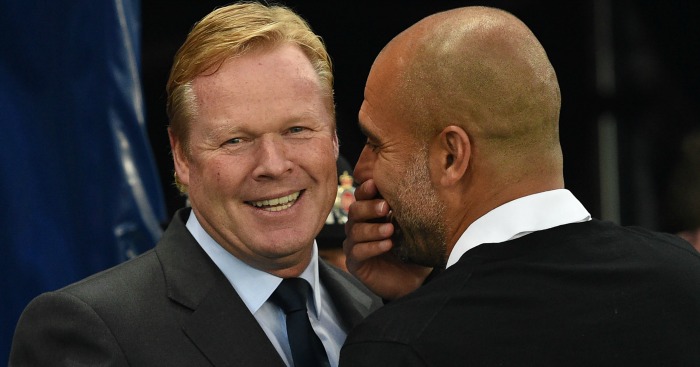 Ronald Koeman accepts Everton “need a striker” before the transfer deadline as well as a defender.

The Toffees boss watched his side hold Everton to a 1-1 draw last night, with Dominic Calvert-Lewin and Wayne Rooney spearheading his attack.

Asked if he had finished his business in the transfer window, the manager said: “I hope not.

“We are looking for a left-footed central defender, maybe a back-up for Leighton (Baines).

“That’s an option, and also a striker – even with the talent of Dominic and (Sandro) Ramirez. If we want to make the next step we need a striker as well.”