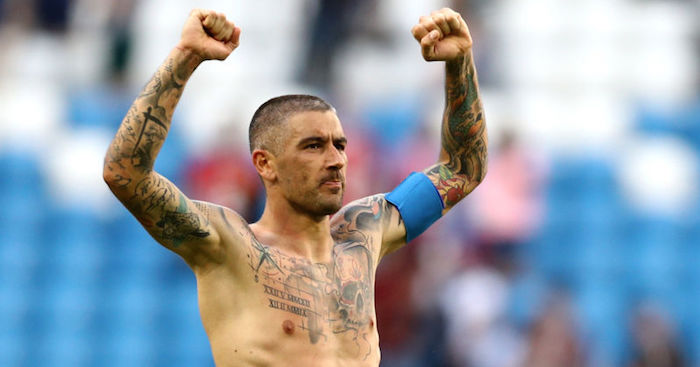 Aleksandar Kolarov was confident he could make the difference as he lined up what proved to be Serbia’s winning strike in their World Cup opener.

Kolarov’s 56th-minute effort rewarded Serbia for their overall quality, although Costa Rica were to rue a number of missed opportunities in the first half.

Kolarov, who now plays for Roma, told FIFA.com: “The free-kick came in a difficult moment in the match and I knew I could step up and change things, and that’s exactly what I did.”

Coach Mladen Krstajic was pleased with the mentality of his players, who were strong in possession and continually driven forward by the impressive Sergej Milinkovic-Savic.

“My players had the right attitude and approach – unity,” said Krstajic. “We had to be a compact unit in both defence and attack and that’s most important.

“I don’t deal with statistics, I don’t care what happened in the past – what’s most important for me is that we played as a team and we were focused. We have to be planted firmly on the ground and continue as a team.”