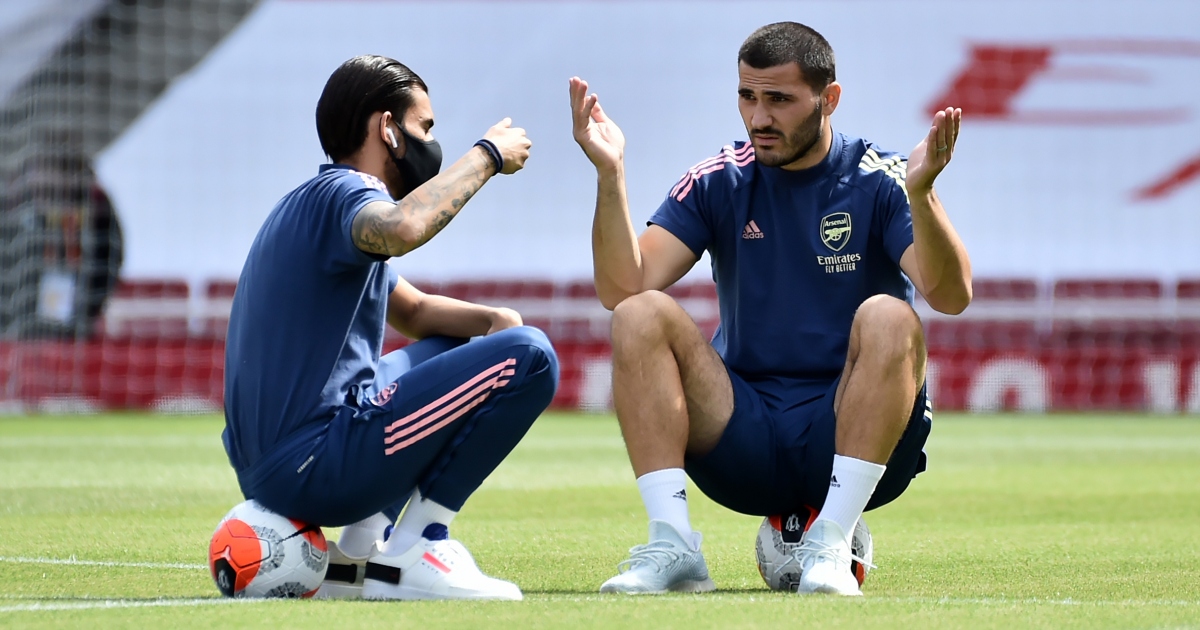 Sead Kolasinac has joined Marseille on a free transfer following the termination of his contract at Arsenal.

The Bosnian left-back joined the Gunners on a free transfer from Schalke in 2017 and made 118 appearances for the north Londoners.

He returned to Schalke on loan for the second half of last season but was unable to prevent the club’s relegation.

Kolasinac only played five times for Arsenal this term after falling down the pecking order under Mikel Arteta.

The defender picked up some form in November whilst on international duty, but sustained an ankle injury during a World Cup qualifier against Finland.

He has been given a fresh challenge, however, joining Marseille on a free transfer.

An Arsenal statement read: “Sead Kolasinac has left the club by mutual consent.

“The 28-year-old defender who joined us from German side Schalke in June 2017, has become a free agent with his contract being terminated with immediate effect, and has joined French Ligue 1 side Olympique Marseille.

“Everyone at Arsenal would like to thank Sead for his contribution to the club since he joined us in 2017 and wish him all the best for his future.”

Guendouzi is likely to join Marseille on a permanent basis in the summer; whereas Saliba will return to the Emirates to compete for a place in Arteta’s starting XI.

Elsewhere, Duncan Ferguson has been confirmed as Everton’s caretaker manager for their “upcoming games”.

Ex-Liverpool boss Rafael Benitez left Everton on Sunday. Ferguson oversaw training on Tuesday and he has been part of their first team coaching set-up since 2014.

The club confirmed via their website that Ferguson will be in charge for their “upcoming games”. His first in charge will be against Aston Villa on Saturday.

Ferguson will be supported in his caretaker role by John Ebbrell and Leighton Baines, along with goalkeeping coach Alan Kelly.

Former Scotland and Everton striker Ferguson is set for a second spell as caretaker boss, having taken charge of three games during December 2019 following the dismissal of Marco Silva.