Home All The News Kolasinac: ‘Unhappy’ Ozil to be game-changer for Arsenal 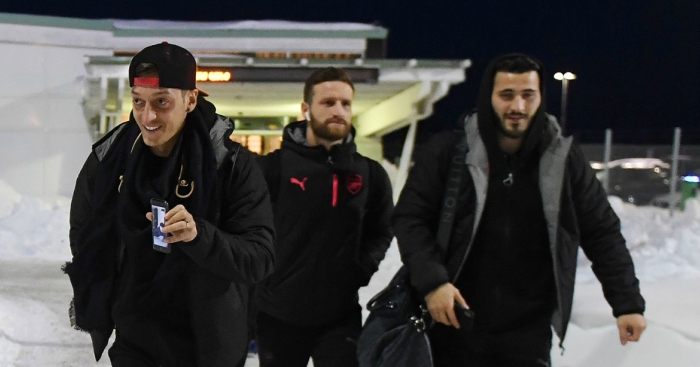 Sead Kolasinac admits Mesut Ozil is ‘a bit unhappy’ at his lack of playing time at Arsenal, but has backed him to be integral to Arsenal success this season.

Ozil has gone from one of the first names on the team-sheet under Arsene Wenger to a bit-part player under Unai Emery, with the Spanish boss previously stating that the club’s youngsters deserved to play ahead of him.

But Emery appears to be warming to the German playmaker after a fine performance in the 5-5 Carabao Cup defeat to Liverpool.

Kolasinac has revealed that Ozil is upset at not being selected, but insists he will be back to his brilliant best if he is given the chance back in the first team.

“Mesut is a really driven player,” Kolasinac told Premier League Productions. “He is a bit unhappy at the minute but you would never see that in his training. He is doing everything he can. He is doing extra sessions to make sure he is at the level he needs to be.

“Mesut is Mesut. He has got a lot of special qualities.

“For example, the opposing team might put two players on him rather than one, which creates a lot of space for others. That makes a real difference on the pitch and in the game.

“Everyone knows the quality he has, we have seen it. He is one of the top players in Europe and I think he can achieve a lot and really help the team further when he’s back.”