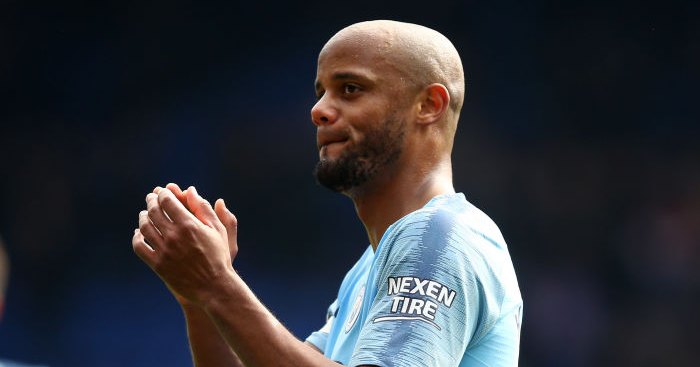 Vincent Kompany has responded to claims from Jamie Carragher that Manchester City could find it hard to overcome adversity in their remaining fixtures as it’s been too easy for them this campaign.

Carragher claimed that City – who won the Premier League at a canter last term – have “not had enough recent practice dealing with discomfort” this season as they look to secure a quadruple this season.

City again kept the pressure on Liverpool as they beat Crystal Palace 3-1 thanks to two goals from Raheem Sterling and another from Gabriel Jesus.

“I am sure if you look around the media you will find opinions going in various directions on the topic,” Kompany said.

“A win is a win, whether you do it the difficult way or the easy way. The next game will be different, but that’s fine, it’s a long season.”

On the remainder of this season, Kompany thinks their previous experience of close title race could be invaluable, he said: “I don’t really compare this season to last as there is not much to compare it with other than our performance levels being near enough equal to those of last season.

“There are more comparisons in terms of the pressure at this time of the season with the two titles we won prior to that.

“That’s what I am drawing my experience on. It’s a time of the season where you can still stay very calm and just prepare well, and trust yourself to do the job.”