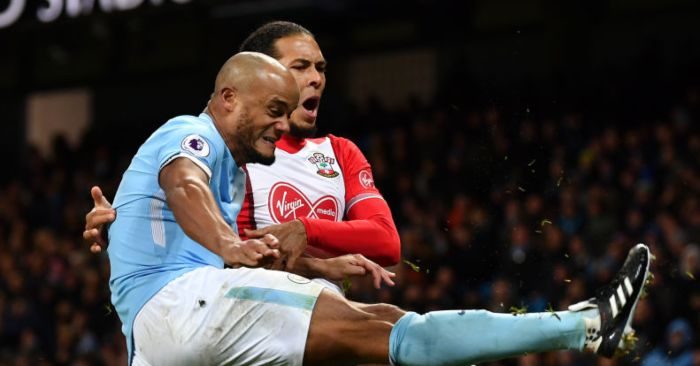 Liverpool star Van Dijk was named UEFA Player of the Year in August after helping guide the Reds to Champions League glory in Madrid.

The Dutchman has transformed Jurgen Klopp’s side into Premier League title challengers and is considered by some silly people to be the best centre-half in the history of the division.

Kompany can count himself among that group after being asked ahead of his testimonial who he considered to be the greatest.

“I would bring it back to Virgil van Dijk,” he said.

“The Liverpool before Van Dijk and after are a completely different setup. I’ll give him that one.”