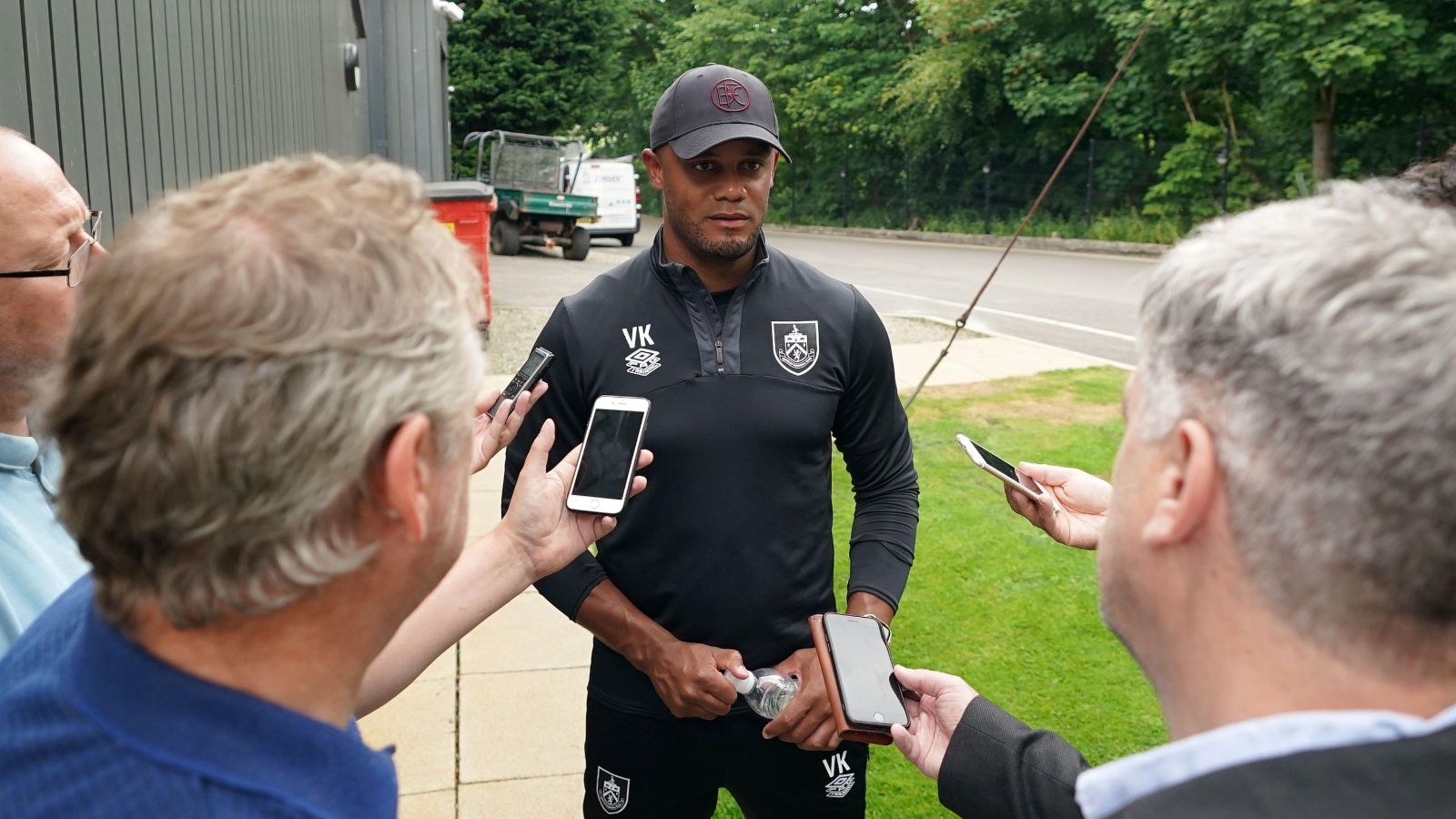 Vincent Kompany has revealed that he will “integrate” Maxwel Cornet into his Burnley squad from next week if he has not secured a move away.

The forward has a £17.5m release clause and he is being linked with Everton. Burnley face Huddersfield Town in their opening Championship game of the 2022/23 season on Friday night.

Cornet will not be considered for selection as he is not currently ready physically to come into the team.

Kompany said: “He is one of them that I have had to manage. At the moment he is at the club. Is he ready to play on Friday? No.

“But that is a physical level. But we can’t have players on the wage bill and not have them play.

“If next week he is still here and nothing has developed then we are going to have to look at integrating him at least into the matchday process.”

It is the same situation for Dwight McNeil, who has also been linked with a move away from Turf Moor following the club’s relegation from the Premier League.

“Dwight is another one, there has been a lot of conversations happening behind the scenes and those happen at a club level,” Kompany added. “It is one of those we will have to see how it develops.”

If Cornet and McNeil do depart they will join an exodus this summer that has seen a host of established players leave the club, with the likes of Nick Pope, Nathan Collins and Ben Mee all moving on.

That has seen a big overhaul of Kompany’s squad in his first few weeks in the job and that is why the Belgian is warning it might take time for the Clarets to enjoy success.

“There are loads of reasons to be positive. But I don’t want to get out of the way of the reality,” he said.

“The starting point for us is that we have lost and released a whole bunch of players who were the core of this team for many, many years.

“All the success associated with this club, many of those players have gone. We are trying to replace them with the restrictions that everyone knows.

“That is the job I signed up for. For me to come and tell you we are going to have the best performance ever on Friday, I hope so but it has to be a more long-term planning.

“I want to be really direct with this. I have painted the picture. I want everyone to be clear this is what I signed up for, so it is not a surprise.

“There is a part of it that we have lost a huge core of the team without really making money, the idea is that we find players that suit the system and the way we want to play and we grow with them.

“We build foundations and to be healthy again, because this club has been healthy for many years.”