Home All The News Kompany: To win title at United would be ‘cherry on the cake’ 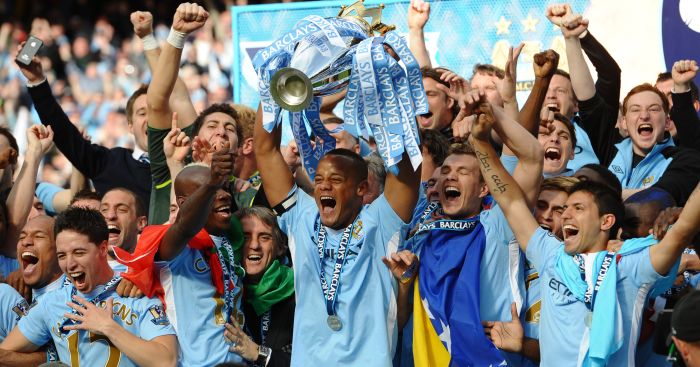 Vincent Kompany expects Manchester United to do their utmost to ensure next month’s derby is not a Manchester City title parade.

Premier League leaders City could secure the crown with victory over their neighbours at the Etihad Stadium on April 7 if they first overcome Everton in their next game on March 31.

That is a tantalising prospect for City supporters but captain Kompany believes completing the job in such fashion could prove the toughest task of the season.

Kompany said: “I’m very specific in saying it’s not going to be handed to us. If anything that’ll be a harder achievement than anything else this season.

“I cannot think of a team as big and with as much quality as, first of all Everton, and then United.

“Just letting us have a perfect moment? Usually you want to spoil it with everything you’ve got. I know that’s what I’d be feeling if I was on the other side.

“But let’s put everything straight first – we just want to win the title. Everything else is a bonus, a cherry on the cake. It doesn’t stand or fall by this one game.”

City have close to a three-week wait for their next game. This weekend’s scheduled clash against Brighton has been postponed because of the Seagulls’ involvement in the FA Cup and there is then an international break.

City are spending the rest of this week at a warm-weather training camp in Abu Dhabi, home of their owner Sheikh Mansour.

“We’ll use this 14 days to get ready mentally to keep the level up, like we’ve done every single game,” said Kompany, who produced another commanding performance in Monday’s 2-0 win at Stoke.

“The manager has said we’ve still got stuff to work on but just having the sun feels like a holiday. It’s not going to be but just a little bit of sun will do for us!

“It’s a great thing because it gives the lads the chance to clear everything mentally and physically and come back to be prepared to go for the last push.”

City did not need to hit top gear as they eased to victory over Stoke with two David Silva goals. They also beat Chelsea with little alarm in their previous outing and Kompany believes City’s ability to adapt to whatever gameplan an opponent has makes this team stand out.

The Belgium defender, 31, said: “I’m really pleased with the game management and that’s something you’ve seen this season.

“It’s not been the case many times in the history of this club, just understanding when you can hurt the opposition and when you’ve got to catch your breath a little bit.”