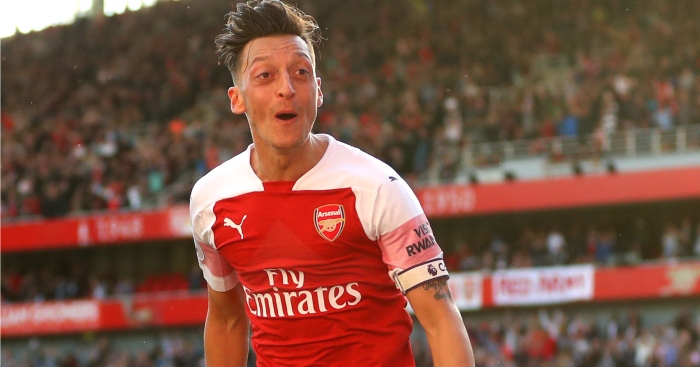 Ozil was linked with a possible summer exit, however he has found a rich vein of form under new boss Unai Emery.

The Germany international has netted three times in his last five Premier League outings, and was particularly impressive during the Gunners’ 3-1 win over Leicester on October 22.

“Mesut’s deserved all the plaudits he got after his performance against the Foxes,” said the France international.

“He was incredible. His goal bailed us out before the break and then his pass for Hector on our second goal is the best ball you will see all season.

“And he added an assist for Auba after a great dummy and understanding with [Alexandre] Lacazette.

“When Mesut is in this form, he is unstoppable and makes us win. He has extraordinary qualities.

“There are not many players like him in the world right now capable of producing a pass the like for Hector, beating four opposition players with just one ball.

“His display on that night will stay in people’s minds for a very long time. It is a case of ‘I was there when Ozil had that performance against Leicester.’

“However, he needs to be at this level as much as possible this season. Great players are the ones playing at their best the whole season.”