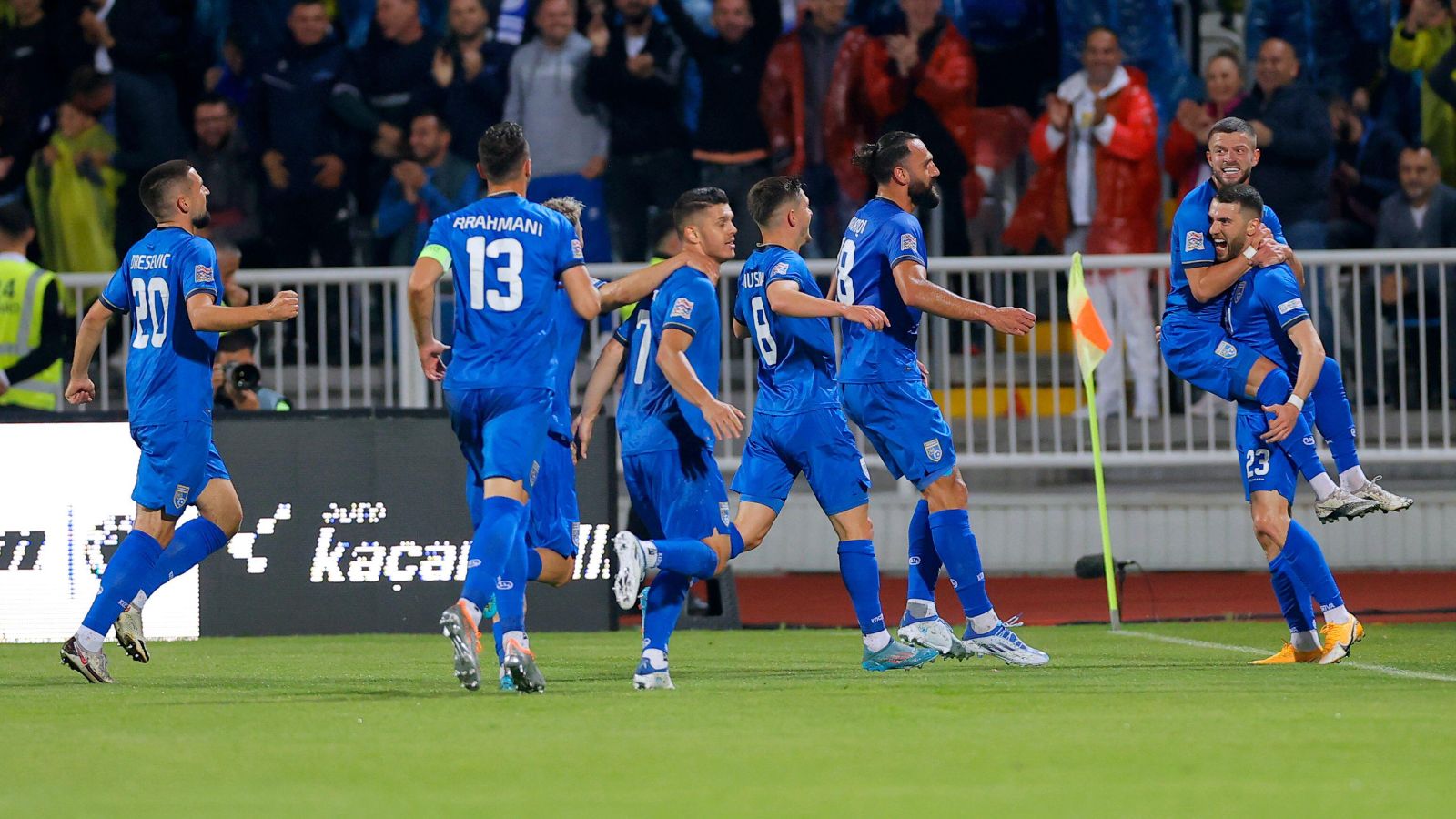 Northern Ireland fell to defeat at the hands of Kosovo in Pristina so Ian Baraclough’s side remain winless in the UEFA Nations League.

The final score made Northern Ireland’s situation look better than it actually is.

Vedat Muriqi and Zymer Bytyqi put Kosovo in control early on before Shayne Lavery made it 2-1 prior to half-time. Dan Ballard’s late goal was inconsequential as Muriqi had already scored the host’s third.

Northern Ireland’s games without a win in this competition now number 13, but it was not luck that was against them at the Stadium Fadil Vokrri as they were second best to a bright Kosovo side who threatened to score more and increase yet further the growing pressure on Baraclough.

His side entered League C Group 2 as top seeds following their relegation and Baraclough boldly talked of targeting 12 points from their June fixtures, but they have taken only one from three, the manager now with just three wins from 19 competitive games.

At least this unprecedented quadruple-header affords Northern Ireland one more chance to get a win on the board before the long wait until September, and it is a chance – at home to Cyprus on Sunday – they must take to prevent this becoming a full-blown crisis.

After thunder had rumbled over the city during the afternoon, the thunderclap greeted the players as they emerged from the tunnel, and the storm was still only approaching for Northern Ireland, who found themselves overrun in the early going.

Baraclough handed full debuts to Conor McMenamin and Brodie Spencer as he made five changes from the drab goalless draw in Cyprus which had left him under pressure to deliver a result in Pristina.

But it was another bad start from his side, who trailed with nine minutes gone.

Captain Steven Davis, playing in his 99th competitive international, was guilty of sticking out a leg and Norwich winger Milot Rashica tumbled over it before Muriqi beat Bailey Peacock-Farrell from the penalty spot low to the goalkeeper’s left.

Eleven minutes later things got worse with Rashica again the central figure. His ball from the right was perfect for Byqyti, who got in front of Spencer to fire home on the volley.

Rashica then cut inside Spencer before shooting straight at Peacock-Farrell, and Florent Muslija made the Northern Ireland goalkeeper stretch to keep out a bending effort.

Northern Ireland had shown only flashes going the other way, with Glentoran’s McMenamin a bright spark as he showed a willingness to take his man on, if not always the end product.

There was a lifeline on the stroke of half-time and it was the 18-year-old Spencer – the youngest player to start for Northern Ireland since Josh Carson, then 17, in May 2011 – who created it, showing confidence going forward having being targeted at the back.

His deep cross found Lavery at the far post and the Blackpool man bundled it home, a moment of joy for a player who had been stationed on the right wing and struggled to make an impact.

But Northern Ireland’s hopes lasted only seven minutes of the second half. Lirim Kastrati was able to get inside Ciaron Brown, somewhat awkwardly deployed at left-back, and he centred for Muriqi to tap home with ease, the goal surviving a lengthy check for offside.

A raft of substitutions followed and when Jordan Thompson floated in a free-kick from deep, Ballard headed home with seven minutes to go to set up a frantic finish.

Northern Ireland forced more corners and free-kicks as six minutes of time were added on, but an equaliser proved beyond them.